social media But sometimes such videos also come out, seeing which netizens find it difficult to believe their eyes. People wonder, can this even happen? At present, airplane A similar video of this has surfaced, which has baffled people’s mind. in a viral clip plane A ‘statue’ is visible in the air above the overbridge. Now it is not known whether this is a deception of the eyes or something else, but people are talking different things about this video.

In the video going viral, you can see that a car is moving at high speed on the highway. At the same time, the person sitting in the car zooms the camera towards a plane flying in the sky and shows it. Surprisingly, the plane appears to be completely stopped in the air. Yes, you read it absolutely right. In the viral clip, the plane does not even move from its place. You can see that even when the car comes out from under the flyover, the plane seems to have stopped there. This video is really shocking. The reasoning given by a user behind people seeing the plane stalled in the air can probably be the answer to this video. Before that let’s watch this video.

Watch the video of the ‘Statue’ plane in the air here

The video of the ‘Statue’ plane in the air has been shared on Instagram with an account named worlds.best.reels. The user wrote in the caption, ‘When your mother asks you to pause the online game.’ This video shared on 20 September is creating panic in the internet world. The video has been viewed more than 24 lakh times, while about 76 thousand people have liked it. At the same time, after watching the video, most people are reacting in a funny way.

A user says, ‘The plane must be restarting its system, so it has stopped.’ At the same time, another user commented and wrote, ‘The red light must have been lit.’ Another user wrote, must have forgotten to update the software. However, the logic given by a fellow seems to be a bit accurate. The user says, this is the parallax effect. Things ahead seem to be moving slowly when you look at it from a car moving in the opposite direction. However, people are also questioning this guy, when there is a parallax effect, why was the plane stopped near the overbridge as well. 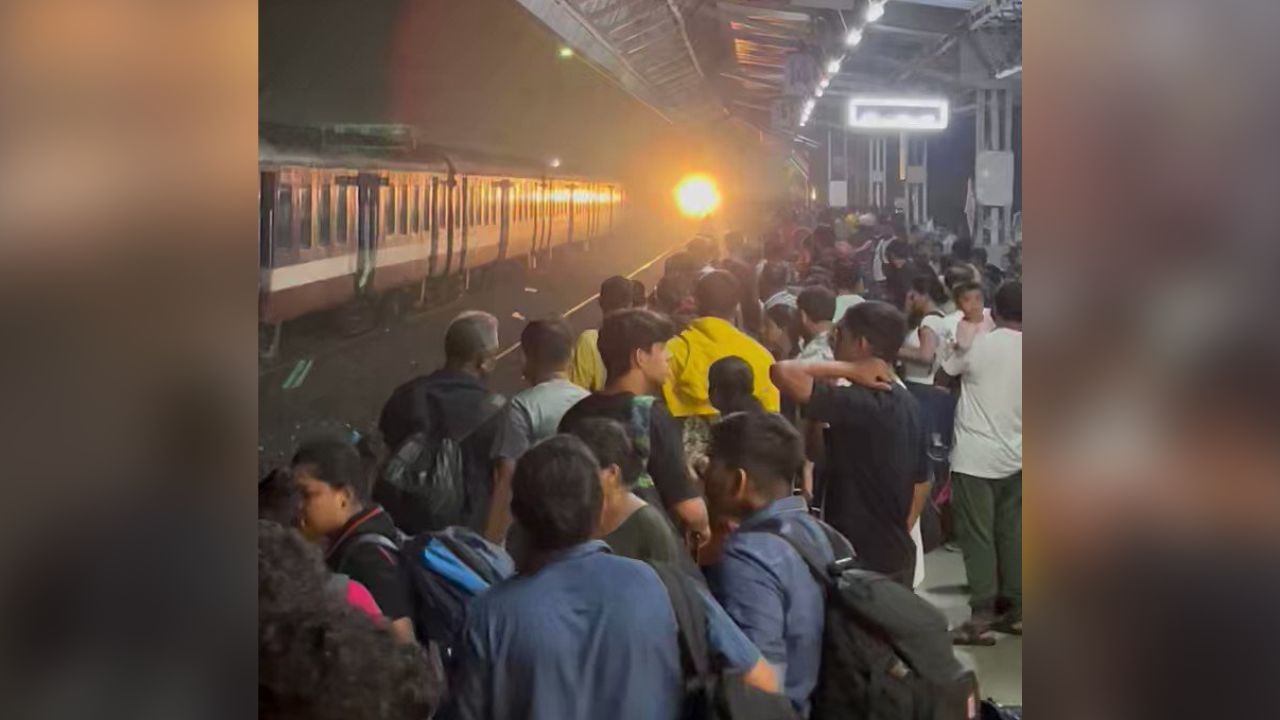