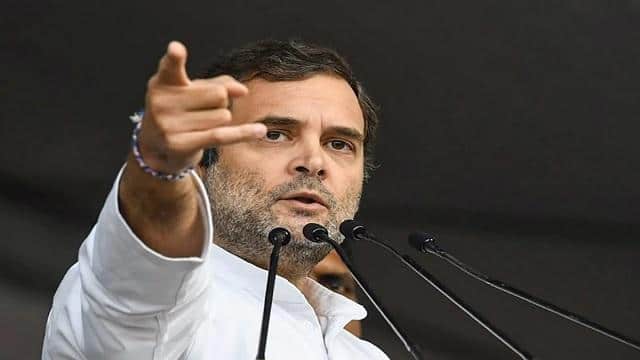 The Congress on Friday targeted the government over the International Monetary Fund (IMF) estimate of India’s lagging GDP per capita and accused the central government of spreading lies after the figures were revealed. Party spokesperson Supriya Srinet also said that the government still does not understand that consumption will have to be increased to bring the economy back on track.

Supriya told reporters, “Very disturbing economic data has come out in the last few days.” The IMF has said that there will be a contraction of about 10.3 percent in the projected rate of economic growth in India this financial year, which is Much higher than the IMF’s earlier estimated contraction of 4.5 percent. According to his figures, India will be the fastest falling economy in the world.

“Instead of focusing on handling the economy, the Modi government is bent on spreading lies and is embroiled in a failed attempt to cover up the issue,” he said. All the spokespersons of the government, top leaders of the party and the entire social media army of Puri are saying that Bangladesh may be more than us per capita but India is ahead of Bangladesh in PPP (purchasing power parity).

Supriya said, “What would be more ironic is that what kind of propaganda is being diverted attention because PPP is the real value of the currency of any country and that too against the currency of developed country like Euro or Dollar. Whereas per capita GDP is really the true standard of prosperity of the people of any country.

He also claimed, “When America and China’s trade war was going on, countries like Bangladesh, Vietnam and Mexico took great advantage of it and our government kept the export sector frustrated due to its failures, wrong policies, we Not a single straw could benefit from that trade war. ”

Look at the politics of Bihar, UP too … know which bet the Congress played which is risky but can also be beneficial

Operation Gulmarg’s plan is still sitting in Pakistan, know what happened 73 years ago