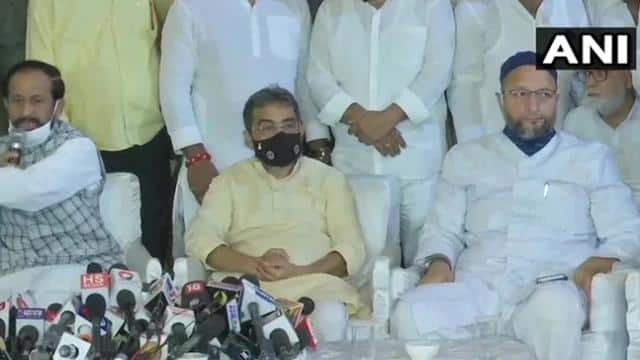 Seats have been divided into the six-party Grand Democratic Secular Front (GDSF). Former Union Minister Upendra Kushwaha is a contender for the post of Chief Minister in Bihar elections from this alliance. His party Rashtriya Lok Samata Party (RLSP) has got the maximum 104 seats in the Partition. Mayawati’s Bahujan Samaj Party (BSP) has got 80 seats and Asaduddin Owaisi’s party AIMIM has got 24 seats. Apart from these, Samajwadi Janata Dal, the party of former Union Minister Devendra Yadav, will contest 25 seats. Former UP minister Om Prakash Rajbhar’s Suheldev Bharatiya Samaj Party will contest five seats. The Democratic Party Socialist has also got five seats.

Earlier last week, Upendra Kushwaha described Lalu and Nitish as two sides of the same coin, saying that his party’s alliance is neither to cut anyone’s vote nor to support someone indirectly, Rather it is to give a meaningful alternative to the people of Bihar. Kushwaha had said that the people of Bihar want freedom from the 15 years of misrule of Nitish Kumar. On the other hand, even in the RJD-led coalition, the face of the Chief Minister is not strong and people also remember the history of their 15-year rule. In such a situation, both have failed to instill confidence in the public. He had said that people are not even with Nitish nor do they want to go with RJD because these two are two sides of the same coin. In such a situation, the people of the state are looking for an alternative. A few days ago about the separation from the Grand Alliance, Upendra Kushwaha said that the current leadership of the RJD is not enough to remove the present Nitish Kumar government and in the face (Tejashwi Yadav) he has presented for the post of Chief Minister, he Do not have capability.

Operation Gulmarg’s plan is still sitting in Pakistan, know what happened 73 years ago