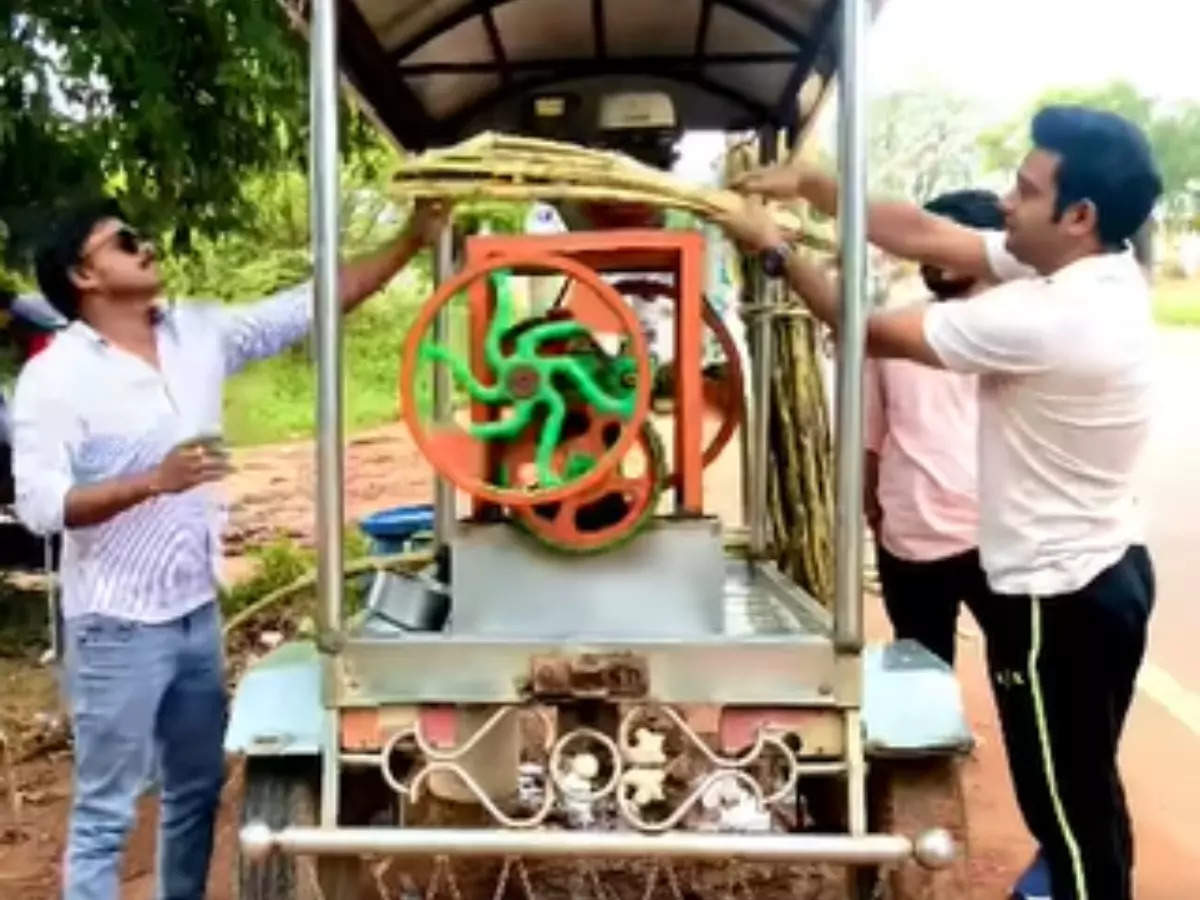 Full active on social media. He promotes his film well. Occasionally he has a chit chat with his fans. Comes live and answers questions from netizens. Getup Shree is now full busy on TV and silver screen. He has six projects in his hands. The hero, on the other hand, is bursting with side characters while doing the same. Not leaving the Zabardast show so busy on the silver screen. Getup Shree recently shared a video. In it the comedian, the hero, the actor is making cane juice. Stop at the sugarcane cart next to the road. Srinu and Saptagiri seem to have made sugarcane juice together. Looks like that cane cart owner has been sidelined. While Saptagiri was making sugarcane juice, Srinu helped him. Srinu helped by offering cane fields and ginger pieces. Saptagiri is taking sugarcane juice. Getup Shree shared this video as a whole childhood memories. Netizens are making various comments on the video. Someone says you put up a side business like this before I know it. Another says Anna give me a glass. Another says that no matter how old he was, he was shown to be patient. All in all, this video is going viral on Netflix.