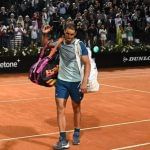 French Open and Rafael Nadal are considered synonymous with each other. It is not easy to beat Nadal, who is called the King of Clay Court, in this format. Nadal, who has won 21 Grand Slams, has become champion at the French Open 13 times. There are many important reasons behind why Nadal is the king of clay courts. (Rafael Nadal Twitter) 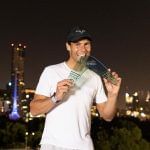 Nadal is from Spain. The people here love the hot weather. Most matches for clay season are held in Europe during the summer season. In summer, the clay court becomes harder, giving the ball more bounce, which favors Nadal’s style of play. He is addicted to it since childhood. (Rafael Nadal Twitter) 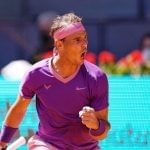 The patience of the players is the real test on the clay court. Rafael Nadal has a lot of patience. Many times on clay courts are stopped due to matches, sometimes the rally goes on for a long time, in such a situation it is very important that the player should keep patience. Nadal, he does not let his patience break during the long rally, due to which he does not even make mistakes. (Rafael Nadal Twitter) 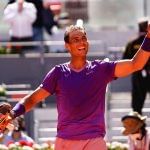 The ball spins more on clay courts. Nadal has a unique way of playing the forehand, which allows him to top spin. He hits from the bottom up while playing a forehand shot, due to which the ball bounces more, which makes it less likely to hit the net. In such a situation, most of the time players are unable to play any specific shot and hit the ball at shoulder level, which is very easy for Nadal to play. (Rafael Nadal Twitter) 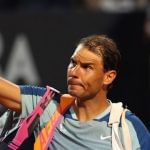 Nadal is a good defender as well as aggressive, who can change the course of the game at any time with his power. Their strength can be gauged from the fact that when they hit, it becomes difficult for the front to guess their speed. (Rafael Nadal Twitter)