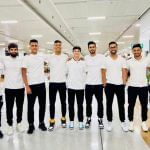 The Indian men’s team made a historic performance in the Thomas Cup this year and made it to the final. No Indian men’s team has won a medal in the Thomas Cup so far. Even once the team could not reach the semi-finals. Last year both the teams reached the quarter finals. Know about the players of this historic team of India who have brought laurels to the country. (BAI) 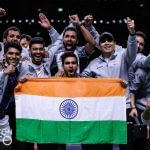 This time in the Indian men’s team, world No. 9 Sen, 11th-ranked Kidambi Srikanth and 23rd-ranked HS Prannoy. The doubles also features world No. 9 pair of Satwik Sairaj Rankireddy and Chirag Shetty, besides MR Arjun and Dhruv Kapila and KP Garaga and Vishnuvardhan Gaur. 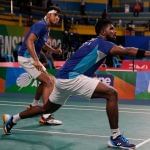 The men’s doubles pair of Satwik Sai Ranki Reddy and Chirag Shetty has given a new identity to the country in this category. They participated in the Tokyo Olympics and became the first Indian pair to reach the top 10. In this Thomas Cup, he was an important role in the team’s journey to the final.(PTI) 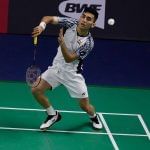 Lakshya Sen is the new superstar of India. He did an amazing job in the last one year. After winning that India Open, he won the bronze medal in the World Championship. The 21-year-old star also reached the final of the All England Open. He opens the match in the Thomas Cup. (PTI) 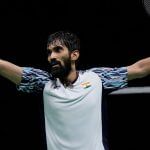 Kidambi Srikanth is one of India’s toss shuttlers. He created history by winning three World Super Series in the year 2017. However, after that he could not continue his good form and failed to qualify for the Olympics. However, from here he returned and won the bronze medal in the World Championship. He has also been the star of the team in the Thomas Cup. (PTI) 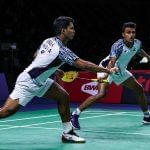 India’s second doubles pair of Krishna Prasad Garaga and Vishnuvardhan Gaur Panjala are also showing great performance in this Thomas Cup. He had shown a great game in the recently held Badminton Trials, after which he was selected. (PTI)

Prannoy has been very troubled in his career due to injuries. Prannoy, who was in the top 10 in the world rankings, was also hit by Kovid-19 after battling a disease related to the digestive system. After this his performance declined further. However, he returned again. After reaching the quarter-finals of the World Championship last year, he also managed to reach the last eight stages at the India Open Super 500, Syed Modi Super 300 and German Open Super 300, gaining momentum this year. (PTI) 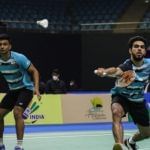 India’s third doubles pair of Dhruv Kapila and M Arjun performed brilliantly. He entered the match against Germany and won. After this he got defeated against China Taipei. However, Krishna Prasad and Vishnu Vardhan were given a chance in their place again in the knockout. 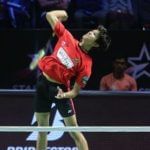 Priyanshu Rajwat is also an important part of the Indian team in the singles category. This 20-year-old star trains at the Gopichand Academy. For the first time he has been selected for the Thomas Cup. He got a chance to play the third singles against Canada. He defeated Lahan Victor Lai 21-13, 20-22, 21-14.