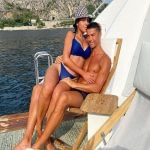 Recently, a Bugatti car worth Rs 16 crore of legendary footballer Cristiano Ronaldo, who went on vacation, had an accident. His car was badly damaged in the accident. Ronaldo appeared for the first time after this accident. He was seen having fun after the family in Mazareka. 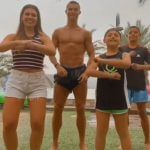 After the accident, 37-year-old veteran footballer Ronaldo was seen making a Tiktok dance video. A bodyguard of Ronaldo was present in the car at the time of the accident. However, this accident also did not spoil the mood of Ronaldo’s family on holidays. 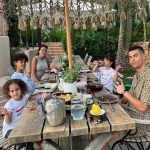 Ronaldo is spending quality time with family like never before. He had transported his car only to roam in Majorca. Ronaldo is also spending time with his niece Alicia 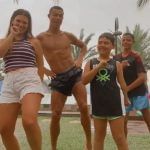 Even in the Tiktok video, he took off his shirt and danced with his niece and children. Ronaldo’s family went out on a private jet last week. 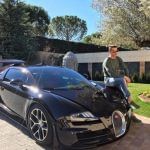 Ronaldo’s car had an accident. He bought it in the year 2016 after winning the Euro Cup. This car was part of his luxury collection.