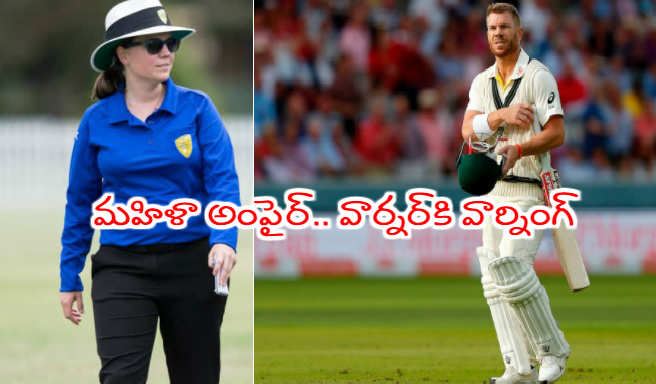 Performs duties for the first time in Test cricket. Sydney has been named the fourth umpire for the third Test between India and Australia in Sydney starting on Thursday. Polozac, 32, of Australia, previously officiated as an umpire for ODIs. This is the first time in the history of cricket that a woman has officiated a men’s Test match. Polozac is also the ICC Fan Umpire. The role of the fourth umpire in a match is very limited. The main functions are to change the balls, to prepare the pitch for the match, to allow the substitute, and to assist the on-field umpires. The Australian opener, David Warner, who went on the pitch before the Sydney Test, was given an unexpectedly bold and polojack warning. Polojack issued warnings to Warner to stay away from the pitch. Only the team captain and coach have the authority to go and inspect the pitch before the match. Polojack served as an on-field umpire for the 2019 ODI between Oman and Namibia. Polojack was the first female umpire to achieve this feat in the Oval at the time. According to ICC rules, the host Australia team can appoint anyone from the ICC panel as the fourth umpire for the Sydney Test. With that .. the Kangaroos gave that opportunity to Polozac.

ICC POLL: Virat Kohli and Imran Khan have an interesting battle, know whose hand it won

I work hard in the gym, I have six packs too: Ruturaj Gaikwad

PAK vs SA: South African cricketers will get state level security in Pakistan, 500 jawans will remain with