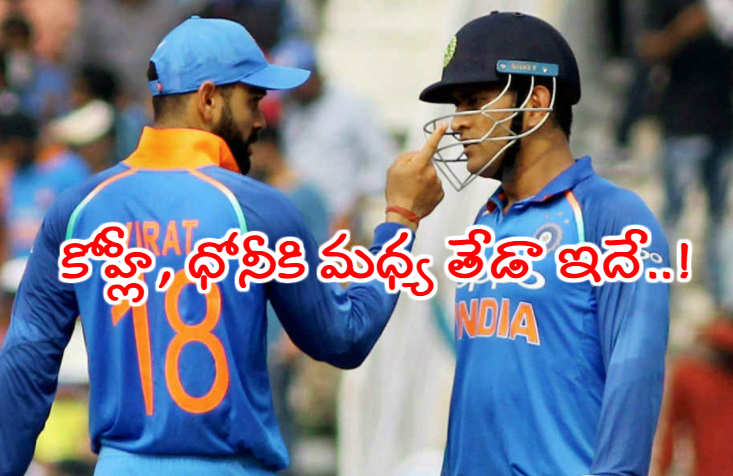 Team India captain Virat Kohli is facing criticism from netizens ahead of his tour of Australia. The IPL 2020 season ends on Tuesday. Indian cricketers will travel directly from the UAE to Australia on Thursday. After going there, Team India will be in the quarantine for 14 days. It will play a series of three ODIs, three T20s and four Tests from November 27. However, Virat Kohli will return home after playing the first Test of the four-Test series. The BCCI has also issued a clear statement to this effect. Virat Kohli’s wife Anushka Sharma is expected to give birth in early January. With that .. Netizens comparing Virat Kohli with former Team India captain Mahendra Singh Dhoni are reacting satirically. Dhoni’s wife Sakshi .. Dhoni was also on the Australia tour at the time of giving birth to Jeeva. As the 2015 ODI World Cup did not start there immediately after the series with the Aussies, Dhoni did not come to India despite Sakshi giving birth. He came to India after the World Cup and saw life. Do you take paternity leave at that time ..? When asked, Dhoni said, “I am currently on national duty. Anything after this responsibility .. This World Cup is very important for India, ”he said. With that .. Netizens are of the opinion that it has become clear once again that his personal interests are more important to Virat Kohli than playing for Team India. Some people are saying that this is the difference between you and Dhoni. Under Dhoni’s captaincy, Team India won the 2007 T20 World Cup and the 2011 ODI World Cup. Dhoni also won three IPL titles for the Chennai Super Kings. On the other hand, Virat Kohli has not been able to win a single World Cup as India’s captain so far. It is known that he has not won a single title in the IPL.

Ganguly clarifies once again on Rohit Sharma injury .. only 70%

I can come in cricket administration in future but not now: Shahid Afridi

IPL 2020: Unhappy after 10 wickets loss to Mumbai, MS Dhoni said – this is not our year