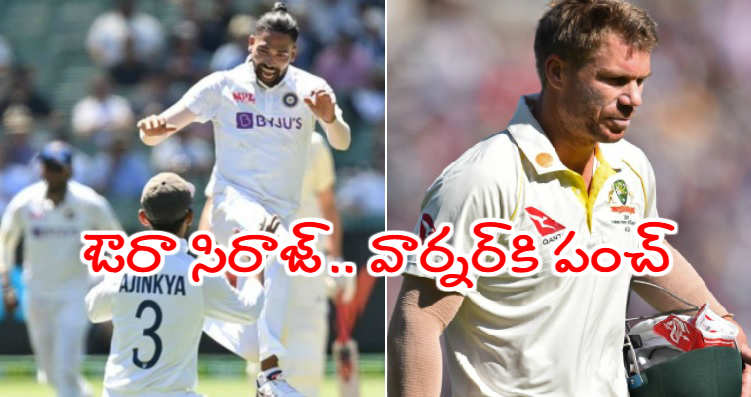 Varun was hampered early in the third Test between India and Australia in Sydney on Thursday. Australia captain Tim Payne won the toss and elected to bat. Opener David Warner (5: 8) was bowled by fast bowler Mohammad Siraj in the fourth over of the innings. With that .. Australia lost the first wicket at team score 6. The match was stopped by the umpires due to rain during the 8th over of the innings. Australia’s score was 21/1 at the crease. Mohammad Siraj throws the ball outside the off stump. David Warner tries to drive the ball. But .. the ball that touched the edge of the bat slipped into the gall. With that .. Chateshwar Pujara who was there got caught easily. David Warner, who withdrew in the middle of the ODI series due to injury, has not played three T20s and two Tests since then. Recovering from a recent injury and re-entering the Sydney Test .. Siraj rolled over early. Australia won the Adelaide Test by 8 wickets, while Team India won the Melbourne Test by 8 wickets to tie the series at 1-1. With that .. the match is going to be interesting as the team that won the Sydney Test will get the lead.

Point of toppers of the table include the success of Delhi Capitals, Kagiso Rabada and …

Suresh Raina half century in T20 trophy .. Re-entry after 600 days

IND vs AUS: While batting .. I apologize to Rahul: Maxwell

Virat Kohli away for two matches against Australia? That is the reason