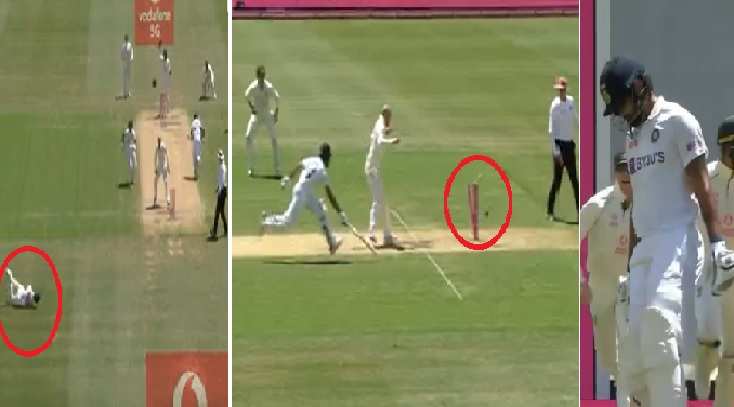 Team India midfielder batsmen run poorly in the third Test against Australia in Sydney. Hanuma Vihari (4:38), who came in fifth on Saturday on the third day of the game, paid the price for trying for a non-run. Hanuma Vihari from Kakinada in Andhra Pradesh did not play at least one notable innings on the latest tour of Australia. Spinner Nathan Lyon, who bowled the 68th over of the innings, called on Chateshwar Pujara for a single by Hanuma Vihari who fused the ball towards midoff. But .. the ball went straight into the hands of fielder Hazlewood. However the adventurous hiker went ahead. However Hazlewood, who received the ball fast, fell down and threw the ball over the wickets. With that .. the ball hit the wickets while Hanuma Vihari was too far from the crease. In the words of the commentator .. Hanuma Vihari submitted the wicket to Australia as his father. It is not uncommon for top order batsmen to run in Tests in general. However, in the Sydney Test, former Australia captain Steve Smith (131) was run out after a century.