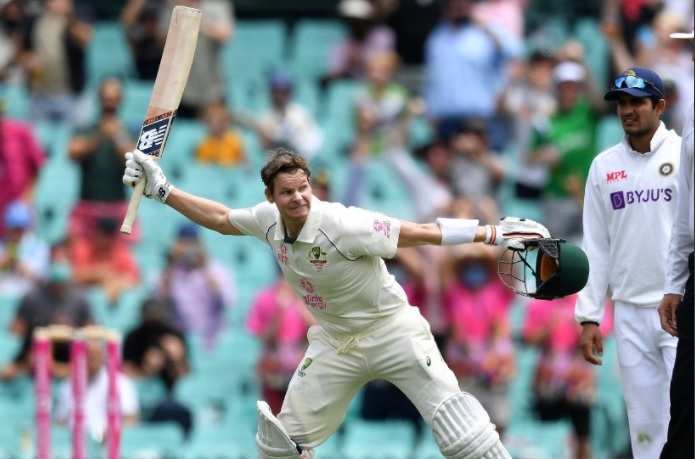 Former Australia captain Steve Smith scores a century in the third Test against India in Sydney. Overnight continued batting on Friday with an individual score of 31. Received the 100-run milestone off 201 balls. It was Smith’s 8th century against India, his 27th Test century overall. Virat Kohli has also scored 27 centuries in Tests. Australia continued their first innings today with an overnight score of 166/2. But .. Steve Smith rooted in the crease at one end .. Matthewwood (13), Cameron Green (0), Tim Payne (1), Pat Cummins (0), Nathan Lyon (0) failed to take the responsibility of leading the scoreboard .. . Steve Smith (16×4 off 131: 226 balls), who shared a 100-run partnership for the third wicket with Labushen, was the last wicket-taker for Australia at 338 after the century. Steve Smith, who hit a century against India at the Dharamsala venue in March 2017, again scored a century for the innings. In total, he has scored 8 centuries in 25 innings against Team India. No other Australian batsman has dominated India at this level.

What is the captaincy of Virat Kohli? Ashish Nehra lip crack

Disappointed after the defeat, Kohli said – difficult to express emotions, we have not shown emotion

Ajinkya Rahane should get captaincy of Indian Test team, more than 70 percent votes in NBT poll

India Tour of Australia: India’s tour to Australia, what statistics say in ODIs