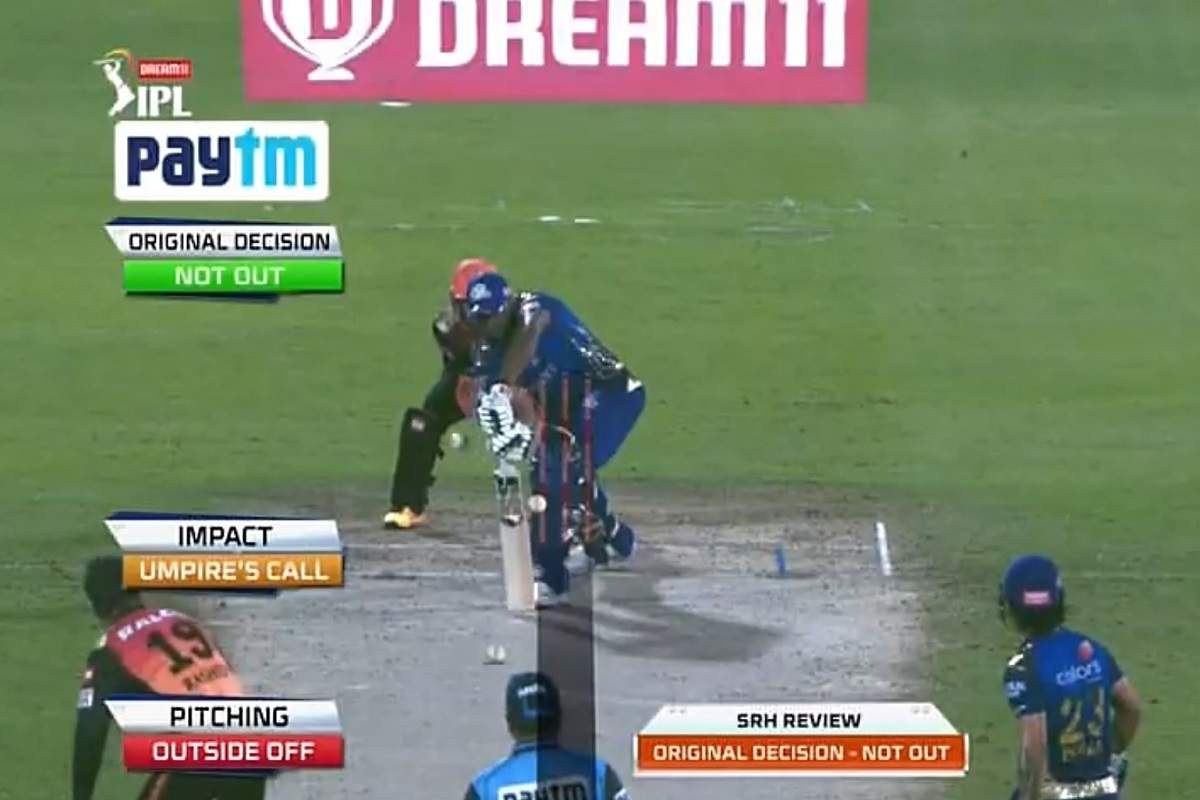 Sunrisers Hyderabad spinner Rashid Khan survived shortly after bowling Kieran Pollard was ruled out as LBW. When the third umpire indicated that the umpire had called despite the Sunrisers requesting DRS .. the DRS rule once again led to controversy. Former cricketers Shane Warne and Kumara Sangakkara have suggested that the on-field umpire’s decision in this regard should be reconsidered. Rashid Khan’s innings in the 15th over when the ball hit the Pollard pad. When appealed for out .. the umpire refused. With this the Sunrisers Review was requested. The ball impact in the replay turned out to be fifty-fifty. Whether the ball is being pitched inline or touching the wickets, the third umpire said ‘umpire call’. Former cricketers Shane Warne and Sangakkara were shocked by the third umpire’s decision. ‘If the captain reviews the review of the on-field umpire’s decision, the umpire’s decision must be set aside. Out, not out should be based on the decision of the third umpire. Doing so will determine whether the decisions made by the umpires are correct. The umpire’s call should be dropped, ”Warne tweeted.

Outbreak of Kovid-19, many cricketers including Tim Paine, Labushen were sent to Sydney

Shikhar guides us all this year: Stonis

KKR vs KXIP: Punjab battle with Kolkata .. Who did not advance in the playoff race?