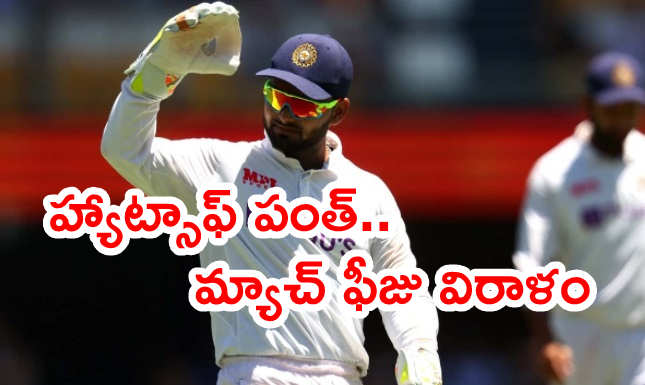 Teamindia young hitter is in good spirits. Uttarakhand has announced a donation of the first Test match fee to help save those stranded by flash floods. The first Test between India and England is currently being played at the Chepauk Stadium in Chennai. Authorities say about 170 workers were displaced by the floods, while 16 were rescued by the NDRF and ITBP team. Born in Roorkee, Uttarakhand, Rishabh Pant moved to Delhi with his family when he was 12 years old. Rishabh Pant is batting during the flash floods in Uttarakhand on Sunday. Rishabh Pant (91:88 off 9×4, 5×6) batted in the first innings as India struggled to 73/4 in the first innings. He also scored a century in the third Test in a row. Pant shared a century with Chateshwar Pujara for the fifth wicket. However, today, India were all out for 337 in the first innings. England, who had a 241-run lead, are currently playing in the second innings. In the Nandadevi Glacier in Uttarakhand, icebergs suddenly broke and fell into the Dhauliganga River, causing floods. The water seeped into the nearby Tapovan Vishnugadh hydropower plant. With that .. the workers working in the tunnels there were lost. Security forces received information and rescued 16 people. But .. the rest of their information is not known. Relief efforts appear to have been hampered by mudslides in the tunnels.

AUS vs IND- Ajinkya Bhaiya asked, will you be able to bowl with injury, I was ready: Navdeep Saini

Rajiv Shukla is set to become the BCCI vice-president, the board will also change

That is my habit ..! Steve Smith’s response to Rishabh Pant erasing the guard mark