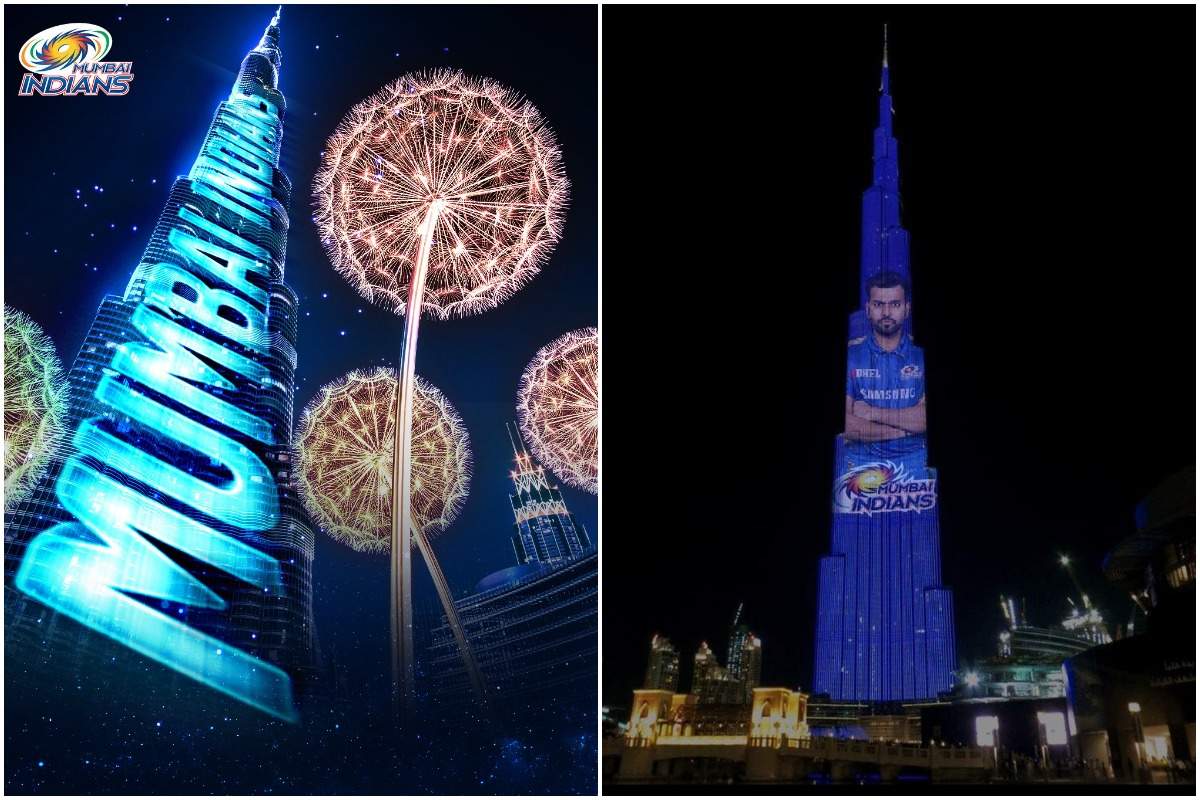 Congratulations to the Mumbai Indians who have won the IPL title for the fifth time. After Mumbai’s victory in the IPL final, captain Rohit Sharma’s film was also screened on Burj Khalifa.

This is the first time a photo of an Indian cricketer has appeared on this huge building.

The English words Mumbai Indians in blue amidst the fireworks impressed the photo fans shining on Burj Khalifa. Earlier this season, the Kolkata Knight Riders logo and photos of the players were also displayed on the Burj Khalifa.

AUS vs IND: Ricky Ponting, giving training to Kangaroo team, was busy in game plan against India at the end of IPL

David Warner is not a selector .. Support for his friend is ok but ..: Michael Clark

The idea of ​​different captains will not work in our culture: Kapil Dev