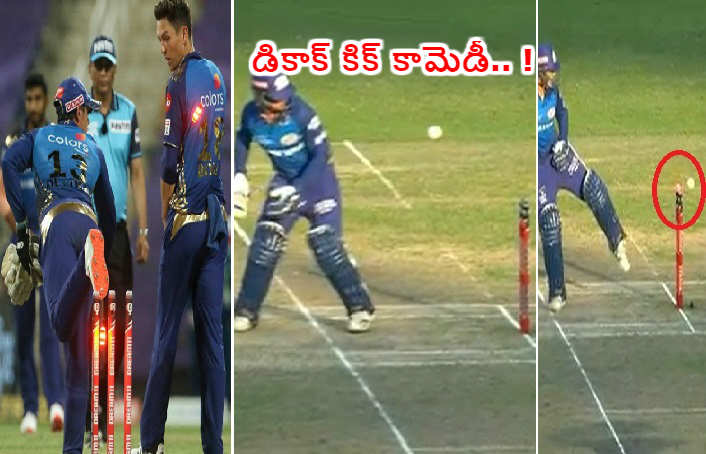 In the IPL 2020 season, Mumbai Indians opener Decock was out on Saturday in a comedy style. Decock (2:24 off 26:28 balls) was the slowest wicket-taker in the Dubai match against Delhi Capitals. In this match, Mumbai team won by 9 wickets and secured the No.1 position in the points table. Decock bowled Nortez in the 11th over of the innings to try to push the ball forward. But due to extra bounce, he could not fush the ball as expected. With that .. the ball bounced in the crease .. fell directly on the wickets. Decock sensed beforehand that the ball was going to fall on the wickets .. tried to give it a kick. But .. it is already too late. Decock walked down the pavilion in frustration as the ball went and fell on the wickets. Decock was seen deliberately kicking the wickets after the Mumbai team won the match against Kings XI Punjab on October 1. With that, fans are now exploding satires on the trend of Decock.

RCB dismisses him .. Says goodbye on behalf of Delhi: Laura

Aus vs Ind- India-Australia match will be decided by the performance of the bowlers: Zaheer Khan