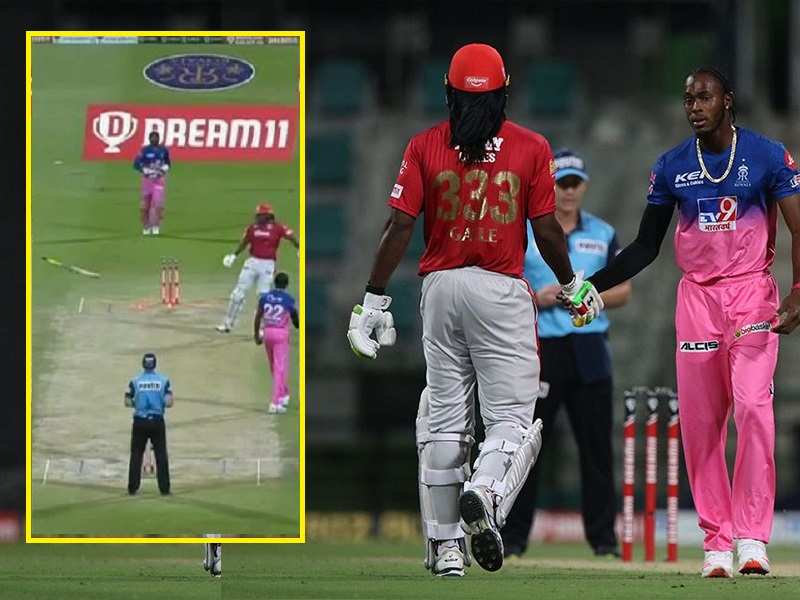 Rajasthan Royals won the match against Kings XI Punjab by a landslide. 186 in 17.3 overs. Before Gayle (99 off 63 balls) and Rahul (46) batted first, Punjab scored 185 for four. Gayle hit 8 sixes in this match .. He became the first player to hit a thousand sixes. Gayle, who hit his 1000th six in the 18.5th over, entered the 90s. Gayle hit another six in the last over of the innings by Joffre Archer .. 99 runs. But the next ball Archer bowled Gayle with an excellent yorker. Gayle became frustrated as he missed the century. Swinging angrily .. he threw the bat. But after a while, he joined hands with the archer who bowled to him. He congratulated him and left the field. At the other end, Maxwell gave Gayle the bat. Gayle, who was unfortunate to be bowled out for 99, said he enjoyed playing cricket. Gayle said it would be good to win the IPL trophy (Punjab). He said it was fun to bat with young players. ‘I told our players that I would make a century today. But could not. But to my mind it’s a century, ” Gayle laughed. This is Gayle’s second stop in the IPL at 99 runs. In 2019, Gayle was unbeaten on 99 against Royal Challengers Bangalore. Gayle set a record as the first player to score 99 runs twice in the IPL. Gayle, who could not contain his anger when he was out, was given a 10 per cent cut in match fees. Doing so is against the rules of the Dream XI IPL Code of Conduct. According to Level 1 of Offense 2.2 of the IPL Code of Conduct, the match referee has imposed a 10 per cent cut in match fees for the IPL.

IPL 2020: Unhappy after 10 wickets loss to Mumbai, MS Dhoni said – this is not our year

Dhawal Kulkarni gets the ball, Sachin again said that it is necessary to wear helmet

AUS vs IND: Nathan Lyon’s big statement ahead of the series from India, 500 victims want to test