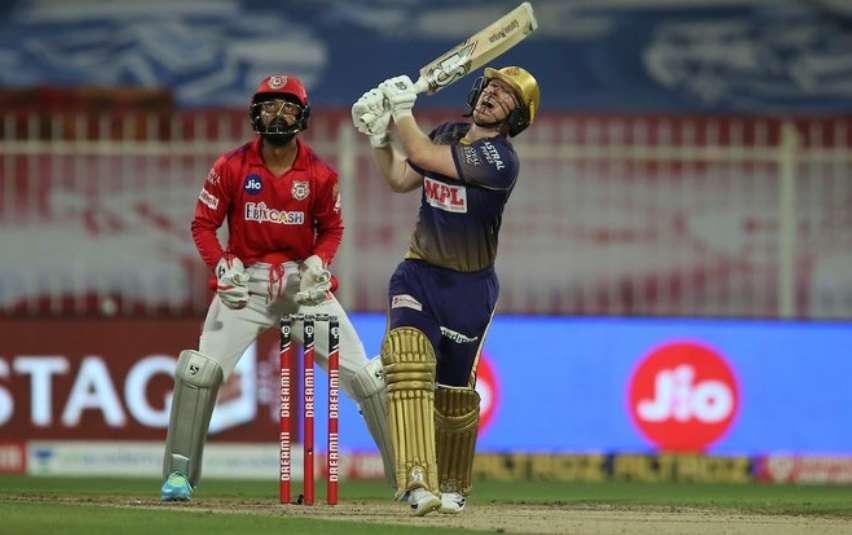 The Kolkata Knight Riders midfielder faltered once again in the IPL 2020 season. In the match against Kings XI Punjab at Sharjah on Monday night, Kolkata lost the toss and elected to bat. . Punjab bowlers Mohammad Shami took three wickets while Chris Jordan, Ravi Bishnoi Chero took two wickets and Maxwell and Murugan Ashwin took one wicket each. Punjab captain KL Rahul, who won the toss in the match, opted for fielding. With that .. Nitish Rana (0), who started the Kolkata innings with Shubhaman Gill, was caught by Maxwell in the first over. Later, Rahul Tripathi (7) and Dinesh Karthik (0) were bowled out by Mohammad Shami in the second over before Kolkata struggled to 10/3. But .. Ian Morgan who came into the crease at this stage .. burst with a series of boundaries along with Shubham Gill. Gill, who saw Morgan hitting, also hit two sixes in a row in Shami bowling. The pair put on 81 for the third wicket in the series. Morgan was dismissed for six in the 10th over of the innings. From there the Kolkata scoreboard slowed down. Sunil Narine (6), Pat Cummins (1) and Varun Chakraborty (2) were the next to score. Gill, who tried to bat after half a century, also lost his wicket. However, at the end of the day, Luke Ferguson (3×4, 1×6 off 24:13 balls) played a bit aggressively and Kolkata managed to score 149 runs.

Virat Kohli will have no problem due to chanting: Steve Waugh warns Australia

India will host England as soon as they return from Australia tour, Saurabh Ganguly announced

Goenka group may return in IPL, Adani also in race to buy team