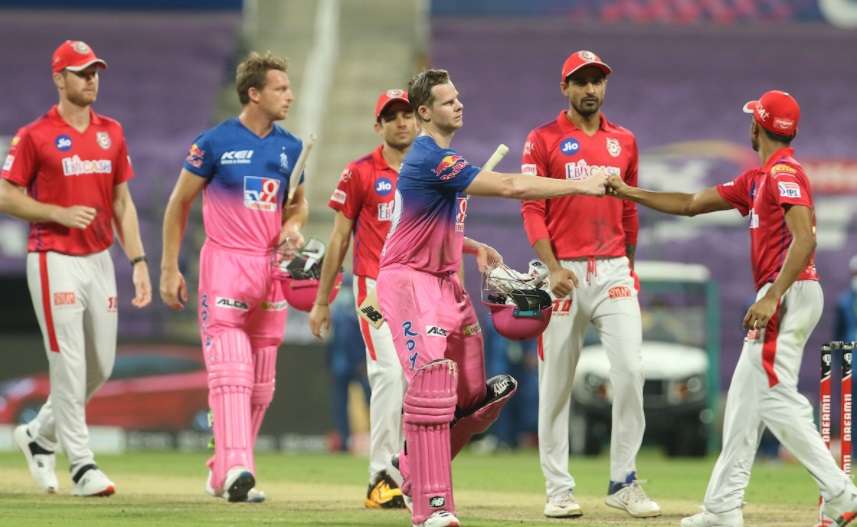 Kings XI Punjab, who have won five matches in a row in the IPL 2020 season, were thrashed by Rajasthan Royals on Friday night. Chris Gayle (99:63 off 6×4, 8×6) played a devastating innings in the first over of the Abu Dhabi match and Punjab won the toss and elected to bat first, scoring 185 for four. Ben Stokes (6×4, 3×6 off 50:26 balls) and Sanju Samson (4×4, 3×6 off 48:25 balls) played aggressively in the ensuing chase as Rajasthan won by 186/3 in 17.3 overs. This is the sixth win for Rajasthan, who played their 13th match in the latest season. It is the seventh defeat for the Punjab team. Both teams must now win the final match to stay in the playoff race. Rajasthan Royals opener Ben Stokes, who scored a century in last Sunday’s match against Mumbai, also broke through a series of boundaries in Friday night’s match. Ben Stokes, along with Robin Uthappa (1×4, 2×6 off 30 balls), put on 60 runs in 5.3 overs to complete the half-century. Chris Jordan dismissed Ben Stokes, who turned dangerous. Sanju Samson, who came in later, played similarly aggressively. With that .. Punjab bowlers did not have a chance to recover. However .. Uthappa was out at 111 .. Sanju Samson was out in the 15th over of the innings. However .. the match was already in the hands of Rajasthan. With that .. Steve Smith (31 not out: 5×4 off 20 balls) and Jose Butler (22 not out: 1×4 off 11 balls, 2×6) swung the bat freely and completed the winning formality with 15 balls remaining. Rajasthan captain Steve Smith, who won the toss in the match, opted for fielding. With that .. Mandeep Singh (0) who started the innings with KL Rahul (46:41 off 3×4, 2×6) was dismissed in the first over. Chris Gayle, who came in later, exploded with huge sixes from the start. Gayle, who completed his half-century in the series, shared 161 for the second wicket with Rahul. With that .. at one stage Punjab seemed to score over 200 parrots. But .. after Rahul out Chris Gayle slowed down a bit .. Nicholas Pooran (3×6 off 22:10 balls) who came into the crease played huge shots. In the last over, Gayle hit sixes to Jopra Archer for an individual score of 93 and came into the 99. Then the ball was out. Maxwell (6 not out: 1×4 off 6 balls) was disappointed at the end. Rajasthan bowlers Jopra Archer and Ben Stokes took two wickets each.

The CEO of Chennai said, “We hope Dhoni will be our captain next season too”

Suryakumar Yadav was disappointed at not being selected in Indian team, also kept opinion on ‘Pange’ from Virat