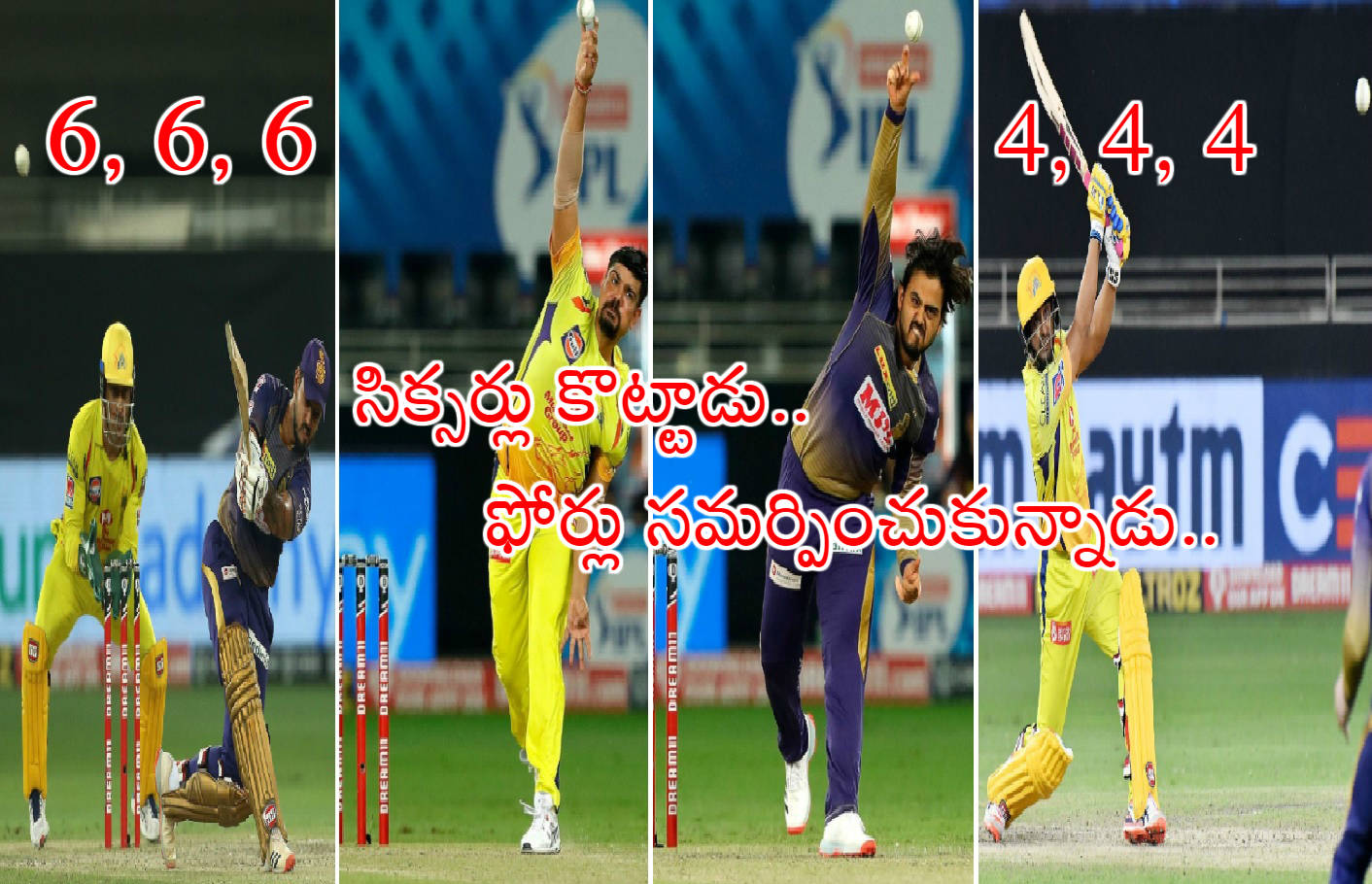 Kolkata Knight Riders opener Nitish Rana has consistently excelled in the IPL 2020 season. Nitish Rana (10×4, 4×6 off 87 balls) hit a half-century in the first innings of the match against Chennai Super Kings in Dubai on Thursday night to give Kolkata a 172 for five. However .. Chennai team broke the target to the last ball and won by six wickets. Nitish Rana batted after half century in the match .. Chennai senior spinner Karn Sharma bowled 6, 6, 6 in an over. In the 16th over of the innings, Karn Sharma bowled. Until then, he had bowled three overs and given only 16 runs. But .. in his last over, Nitish Rana submitted 19 runs for the loss. Rana hit a six off mid-wicket off the first ball of the over and a six off the second ball towards Longan in the square leg. The fourth ball also attempted a huge shot .. The ball went close to the wide line. Yuvraj Singh reminded the fans for a while with Rana sixes. Kolkata skipper Ian Morgan boldly bowled Nitish Rana for the 10th over of the innings during the innings. In that over, Rayudu played his bowling game. In his bowling without any variation, Rayudu made three balls in a row 4, 4, 4. Overall, Chennai scored 16 runs in that over. Rana did not bowl again after that. This is Rana’s first over in the latest season. Maybe the final over will be the same.

Vinaya Vidheya Warner .. If Kohli Sena is charmed .. Opener who can only speak with the bat

IPL 2020: This is the playing XI of uncapped Indian players

IPL 2020 title is Sunrisers .. Young astrologer’s prediction .. All predictions on IPL are true!