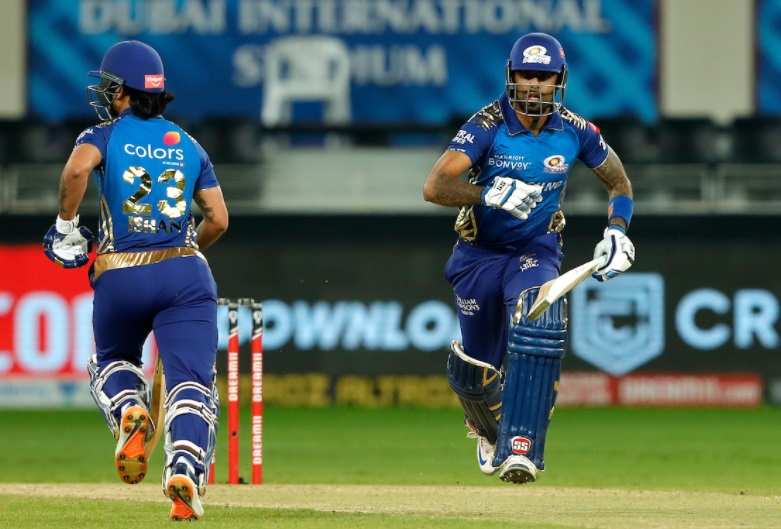 Mumbai Indians batted in the IPL 2020 Qualifier-1 match. Ishant Kishan (55 not out: 4×4, 3×6 off 30 balls), Suryakumar Yadav (6×4, 2×6 off 51 balls) and Hardik Pandya (5×6 off 37 balls: 5×6 off 37 balls) batted first and batted aggressively in Thursday night’s match against Delhi Capitals in Dubai. Mumbai Indians scored 200 for the loss of 5 wickets. Among the Delhi bowlers, Ashwin took three wickets while Nortez and Stainis took one wicket each. Delhi captain Shreyas Iyer, who won the toss in the match, opted for fielding. With that .. Rohit Sharma (0), who started the Mumbai innings with opener Decock (5×4, 1×6 off 40:25 balls), came back as the Golden Duck. However, Decock, who played aggressively, shared a 52-run stand for the second wicket with Suryakumar Yadav. Decock, who was close to a half-century in this sequence, was bowled by Ashwin after a huge shot. Ishant Kishan, who came in later, batted slowly at first. How much is that ..? In the first 14 balls he made 11 runs. It does not even have a boundary. But .. Ishaan hit four fours and three sixes in the last 16 balls .. He scored 44 runs in one over. Suryakumar Yadav was out after half a century. Kieran Pollard (0) and Krunal Pandya (1×6 off 13:10 balls) were the next to disappoint. But .. Hardik Pandya who came into the crease in the 17th over of the innings .. started batting from the 18th over. In the 19th over of the innings, Hardik bowled the first two balls for sixes. Hardik hit two sixes in the last over for Nortez bowling.

IPL 2020: Not only Dhoni, coach Fleming also disappointed with the performance of the team, said – we deserve it

Shock to Mumbai Indians ahead of IPL 2020 final .. Boult out?

‘It would be difficult without Kohli .. but such sweet moments will never come again’