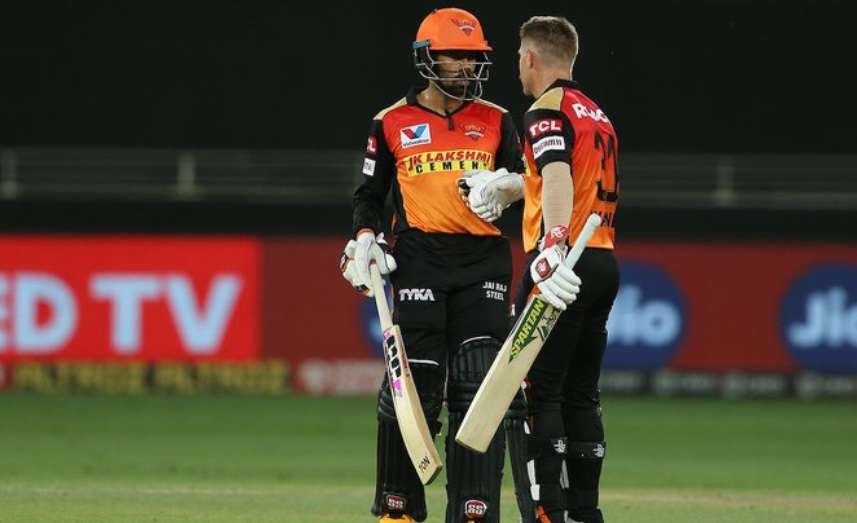 Sunrisers Hyderabad’s top order has been shattered in a must-win match to stay in the playoff race for the IPL 2020 season. Hyderabad won the toss and elected to bat first. Warner- Saha Debbaki Delhi top-order fast bowler Kagiso Rabada submitted 54 runs in 4 overs. Delhi captain Shreyas Iyer, who won the toss in the match, opted for fielding. With that .. David Warner and Saha, who started the Hyderabad innings, started batting from the first over. Rabadani was not spared in this order. In his over, Warner hit four fours and a six to put Hyderabad on 22 runs. In the same aggression, Warner completed his half century in just 25 balls. Ashwin dismissed Warner at 107 for the team. Saha did not back down though. Spinners Ashwin and Akshar Patel came out of the crease in bowling and played huge shots. Sahani Nortez, who looked to be making a century in the same swing, was out. In the slog overs, Manish Pandey (44 not out: 4×4, 1×6 off 31 balls) and Williamson (11 not out: 1×4 off 10 balls) played slowly.

There will be less restrictions for Pakistan players during the Quarantine on New Zealand tour: Report

IPL 2020: Ben Stokes, who snatched victory from Mumbai’s jaws, said, Noise is not necessary for me

Michelle Johnson said, I am struggling with depression and still struggle with it