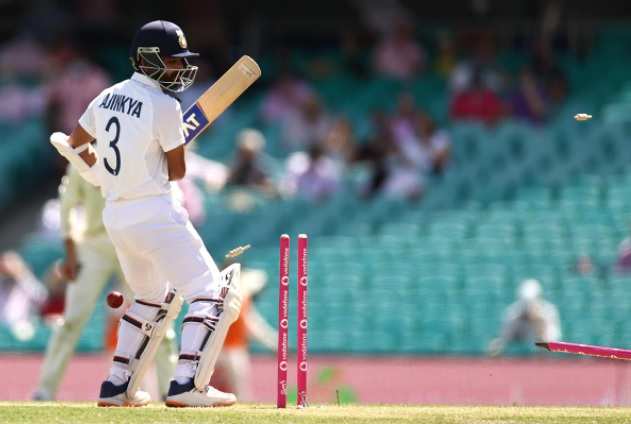 The Indian team looks set to falter in the third Test against Australia in Sydney. On Saturday, the third day of the game, Team India continued the first innings with an overnight score of 96/2. They were 180/4 at the lunch break. At the crease were Chateshwar Pujara (42 not out: 4×4 off 144 balls) and Rishabh Pant (29 not out: 3×4 off 45 balls). Australia were all out for 338 in the first innings on Friday. India were still 158 runs behind in the first innings. Rahane continued the Pujara batting with an individual score of 5 and 9 runs overnight on Friday. The pair played consistently for 10 overs today .. The team split at 117. Ajinkya Rahane (1×4, 1×6 off 22:70 balls) was bowled by Pat Cummins. Hanuma Vihari (4:38) who came next was run out by Hazlewood throwing a direct throw in an attempt for a non-run. Rishabh Pant, who came into the crease after Vihari was out, played a bit aggressively in the beginning but then slowed down. Pujara, on the other hand, is running slowly in his own style. With that, the Indian score board is on its way.

Virat Kohli gave a special message on Diwali in the video message, people reacted to ‘save the environment’

Jadeja posted a picture after thumb surgery, promised fans will be back

IPL 2021: BCCI is considering to add 2 new teams, these names are included in the race