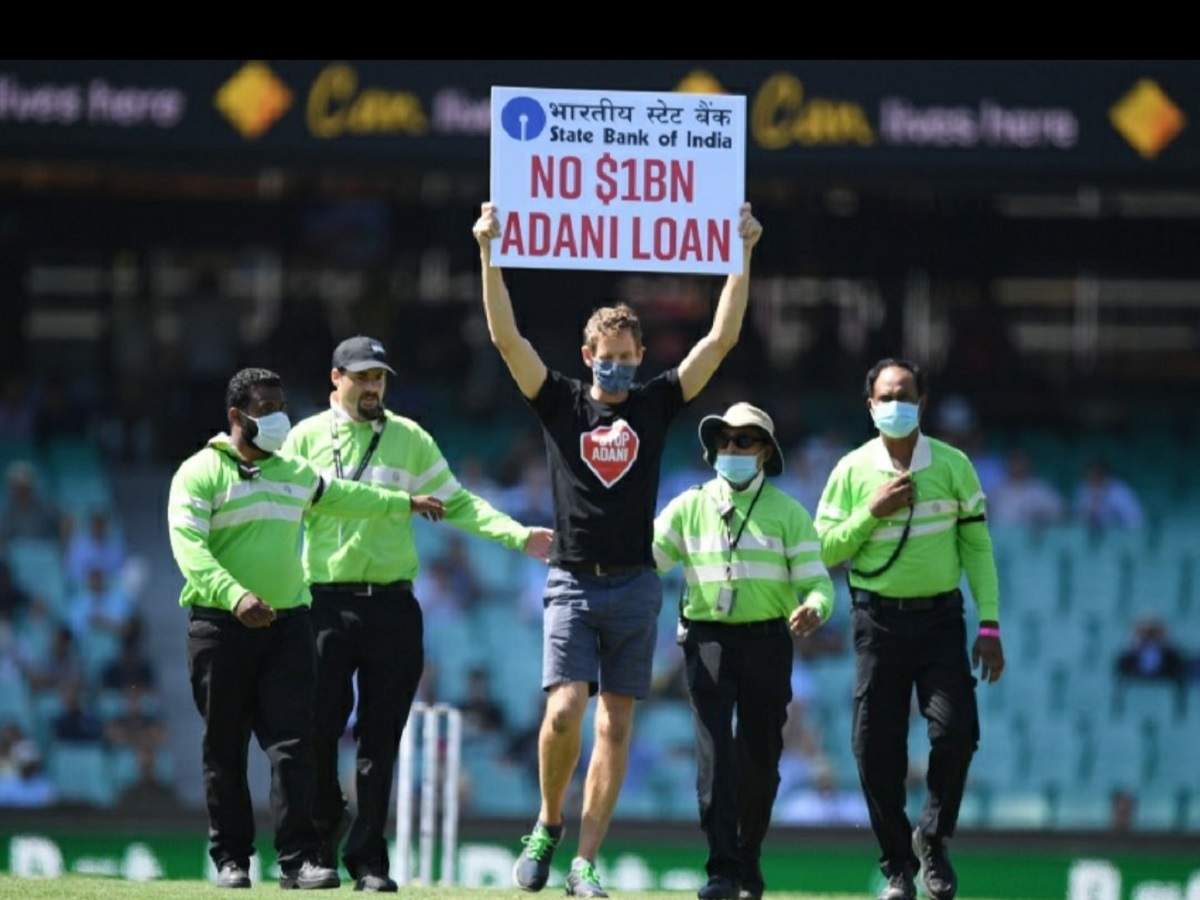 India, which has not been able to play international cricket for years due to Corona, has resumed international cricket with an ODI against Australia. Despite playing in the IPL, spectators were not allowed into the stadium. But in the first ODI played in Sydney, Cricket Australia allowed 50 per cent of the stadium capacity. The fans celebrated near the stadium. Two protesters stormed the pitch, changing the spectators’ permission to enter the stadium. They displayed placards saying ‘No $ 1 billion Adani loan’. The incident took place in the sixth over of the innings while Australia was batting. Two protesters .. Security personnel were amazed to see the blindfolded light coming into the middle of the pitch. Security personnel were alerted and sent them back. But one of the two protesters was forced to back down. Large-scale protests also erupted outside the Sydney Cricket Ground where the match was taking place. Adani Enterprises’ Australian mining company is seeking a $ 1 billion (Rs 5,000 crore) loan from SBI for coal mining in Australia. The company changed its name to Browse Mining and Resources. The Australians are asking the SBI not to lend the hard work of Indians for coal mining that pollutes the environment. Environmentalists have launched the ‘Stop Adani’ movement against its ceramic mine.

Vijay Shankar, a homegrown Indian cricketer .. Congratulations to the Sunrisers

AUS vs IND 2nd Test: Man of the Match of Boxing Day Test to get Johnny Mulag Medal