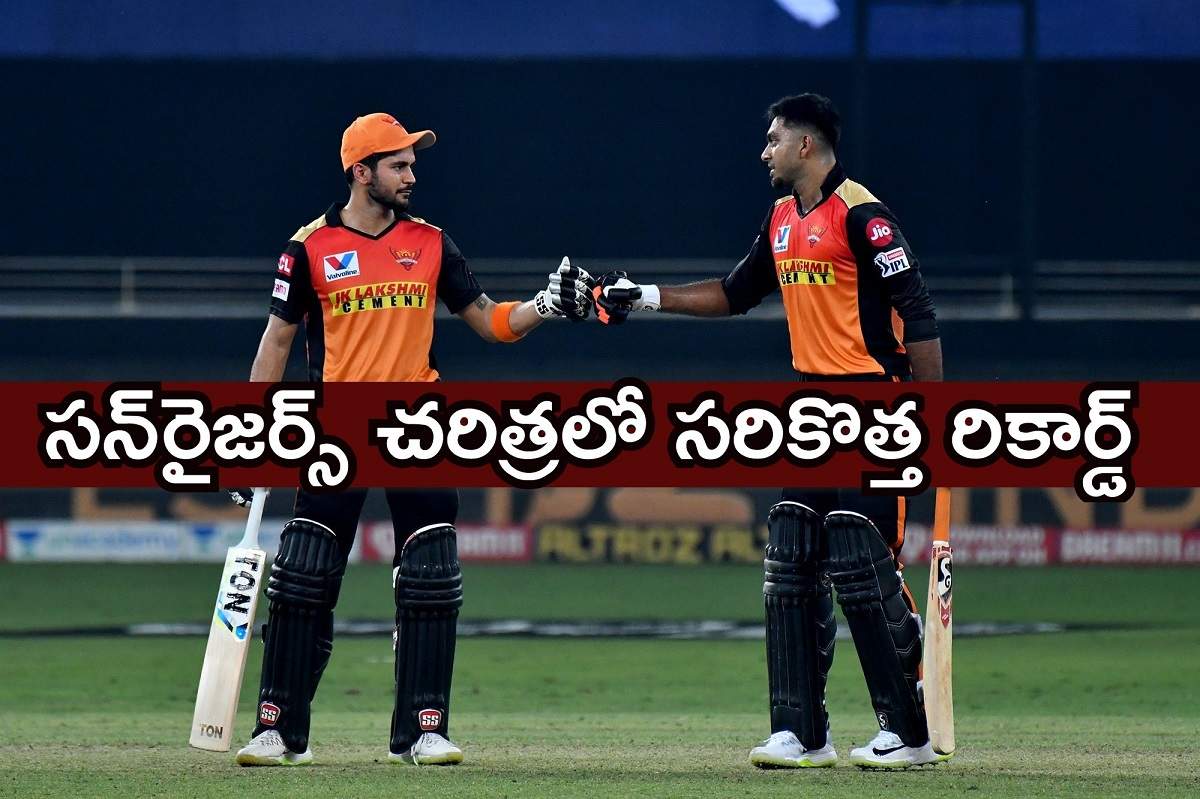 Sunrisers Hyderabad kept their playoff hopes alive with an 8-wicket win over Rajasthan Royals. Earlier in the day, Rajasthan scored 154 for the loss of 6 wickets. Sunrisers won by 8 wickets. Though openers David Warner and Bairstow soon entered the pavilion, Manish Pandey (83 not out) and Vijay Shankar (52 not out) added 140 for the third wicket to give the Orange Army victory. This is the 24th century partnership for the Sunrisers. It is the first time that two Indian batsmen have shared a century in the Orange Army. In the match against Kolkata in 2013, Parthiv Patel and Shikhar Dhawan added 89 runs for the first wicket. This is the highest participation by an Indian batsman in the Sunrisers before the match against Rajasthan. Pandey and Vijay Shankar broke the record in the match against Rajasthan. Sunrisers rely heavily on top order. Formerly Warner-Dhawan .. Now Warner-Bairstow are giving a good start to the team. Kane Williamson is batting fourth. With this, only Manish Pandey, who is ranked third among Indian cricketers, will have a chance to bat more overs. Williamson has been ruled out of the match against Rajasthan due to injury. Vijay Shankar has been promoted to fourth position. Jason Holder, who replaced Williamson in this match, bowled impressively. He scored 33 runs in 4 overs and took 3 wickets. Uthappa was run out. Samson, Steve Smith and Ryan Parag were added to the Holder Pavilion while Vijay Shankar and Rashid Khan bowled sparingly in the middle overs.