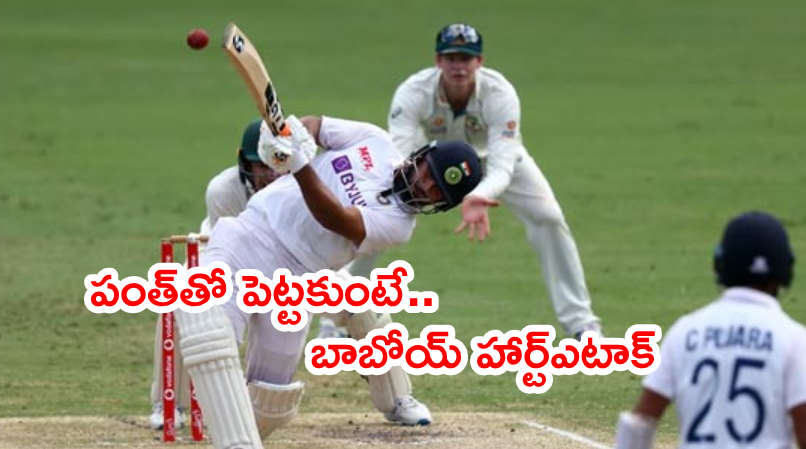 Team India young hitter Rishabh Pant ahead of Test series against England Sridhar showered praise. He played three matches in the recently concluded four-Test series against Australia and became the series’ top scorer with 274 runs. Most importantly, the heroic innings he played in the last two Tests brought momentum to the team. If you see Pant hitting .. once in a while a heart attack will come. Sridhar joked. The four-Test series between India and England starts on the 5th of this month. ” Rishabh Pant Great package. Pant is also one of the most destructive players in the world of cricket. There is no light in him. Being a left-handed batsman, the team also gets variation in the middle order. But .. what if we expect one from Rishabh Pant ..? He plays differently and occasionally gives us a heart attack. Sometimes because of his game .. our heart breaks. However .. Pant also gives us moments of joy that make us breathe. ” Said R. Sridhar said. India chased down 407 in the third Test against Australia in Sydney. Rishabh Pant (97: 118 off 12×4, 3×6) looked to win at one stage. But .. when the team score was 250 .. the match ended in a draw. Rishabh Pant (89 not out: 9×4, 1×6 off 138 balls), who was at the crease till the end, won the toss and elected to bat, with 329/7 remaining.

We had placed the fourth Test at stake to win the series: Bharat Arun

AUS vs IND: Yuzvendra Chahal was not included in the playing XI, then how did he bowl in Canberra in place of Ravindra Jadeja? Understand – Concussion rules