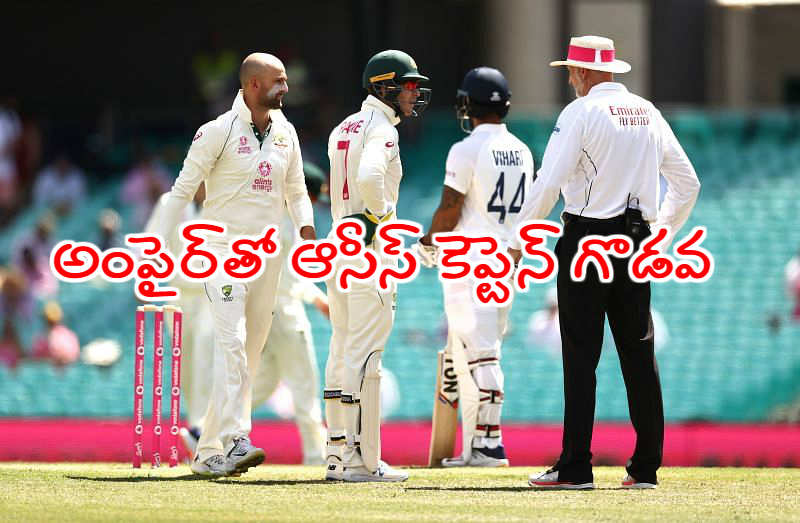 The Australian captain crossed the boundaries on the field. Tim Paine, who sought DRS for Chateshwar Pujara’s dismissal in the third Test against India in Sydney, lost his temper and got into an argument with field umpire Wilson. Wilson, who made the first attempt to correct him, replied bluntly, “I’m not the third umpire. What actually happened ..? In the 56th over of the innings, spinner Nathan Lyon bowled Chateshwar Pujara (50: 176 off 5×4) trying to push the ball forward. But .. he unexpectedly turned, the bouncing ball went from the side of the bat and hit Pujara’s body .. then bounced into the gall on the short leg. Matthew Wade, who was fielding there, received the ball as a catch. Australia appealed for an out. But .. field umpire Wilson rejected that out appeal. With that .. Australia captain Tim Payne asked for DRS. The hotspot did not appear on the sniko meter as the ball touched the bat in the reply. With that .. the third umpire Bruce Oxenfort could not come to a final decision .. the decision was left to the field umpire. With Wilson already out, he’s committed to the same decision. Tim Payne has lost his temper and is on the field. Upon hearing the above, umpire Wilson angrily replied, “I was not the third umpire to make that decision.”

If Rohit Sharma passes today, it will be a chance for two tours to Australia

KXIP vs RR: Rajasthan selected fielding after winning the toss, know- playing of both teams- XI