Todays Headline 16th September : Breaking news never comes with advance warning.. Although this is true.. but today there are some pre-planned events, events that take place during the day.. It expands throughout the day. It becomes easy to understand these events when the background of those events is at hand. Here’s a brief update on what important news of the day we’ll be focusing on or what important developments we’ll bring to you in detail…  Along with these scheduled events, we’ll also bring you the occasional happenings

Unveiling of the statue of Chhatrapati Shivaji Maharaj
Chief Minister Eknath Shinde today. A statue of Chhatrapati Shivaji Maharaj will be unveiled in the premises of Babasaheb Ambedkar Marathwada University. Along with the Chief Minister, Union Minister of State for Railways Raosaheb Danve, Union Minister of State for Finance,  Bhagwat Karad, Cooperation Minister Atul Save, Agriculture Minister Abdul Sattar and Sandipan Bhumre will attend the event. The ceremony will be held at 6 pm.

Programs on the occasion of ‘World Ozone Day’

On the occasion of ‘World Ozone Day’ Central and State Environment A program has been organized in association with the Ministry of Forests and Climate Change. Union Minister Bhupender Yadav, Chief Minister Eknath Shinde, Deputy Chief Minister Devendra Fadnavis, Union Minister of State Ashwini Kumar Choubey will attend the event. The event will be held at Yashwantrao Chavan Pratishthan in Mumbai at 10 am.

Agitation in front of Beed Collector’s Office
Today, NCP, Shiv Sena and other political parties gathered in front of Beed Collector’s Office saying that the district has been left behind due to the pending issue of crop insurance and crop damage in the district. They are going to protest. It will be joined by Dhananjay Munde and Prakash Salunke, at 2 pm.

Delhi Chief Minister Arvind Kejriwal will hold a press conference at 11 am. 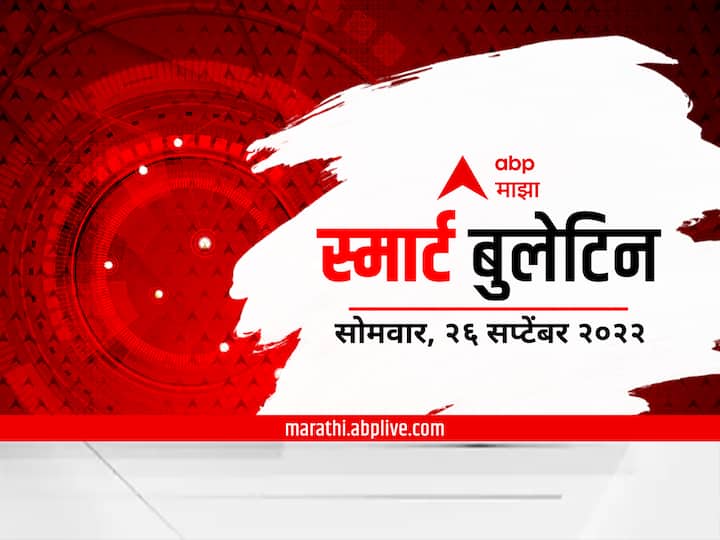