Mumbai : Orders have been passed to suspend the disqualification of seven disqualified directors of the Mumbai Agricultural Produce Market Committee. Chief Minister Eknath Shinde currently holds the Panan account and the seven directors on whom disqualification order has been passed are mainly associated with NCP and Congress. Therefore, this order is currently being discussed vigorously in the market committee. These seven directors did not get their posts even during the then Marketing Minister Balasaheb Patil of the Maha Vikas Aghadi government. But the Maha Vikas Aghadi government collapsed and this decision of disqualification was suspended for five months. Therefore, it should not be surprising if this market committee works for the strengthening of the Shinde group or is directly included in it.

What does the law say?

Maharashtra Section 15 (a) of the Agricultural Produce Marketing (Development and Regulation) Act, 1963 provides for the appointment of an administrator after the expiry of the regular term of the members. According to this provision the concerned District Deputy Registrar appoints the Administrator on the Market Committee. After this the post as a member of the concerned Agricultural Produce Market Committee shall cease. According to this, in the month of May, Madhavrao Jadhav, Dhananjay Wadkar, Balasaheb Solaskar, Vaijnath Shinde, Prabhu Patil, Jaydutt Holkar and Advaya Hire, 7 directors who were elected as farmers’ representatives in Mumbai APMC were canceled by the Director of Marketing. This decision was challenged in the High Court by Prabhu Patil and some others. Justice S. During the hearing before the bench of Justice Gangapurwala and Justice Madhav Jamdar in August, they had stayed the new appointments to these vacant posts.

Market Committees in the State whose term had expired. The state government had given one year extension to those market committees. After that, the state government appointed administrators on the market committees whose extension period expired. The post of director in that local market committee was automatically canceled after the administrator was appointed. 11 members of the same market committee were directors of Mumbai APMC. These members were elected as farmers’ representatives for Mumbai APMC. But now, as he was no longer a member of the local market committee, his directorship in Mumbai APMC was cancelled. Therefore, these 11 directors had asked the Mahavikas government for another extension. But rejecting it, six months extension was given to only four members of market committees whose one year extension has not expired. Due to this, APMC president Ashok Duck, Rajendra Patil, Dudhir Kothari, Praveen Deshmukh were spared the post of Mumbai APMC director. Jay Dutt Holkar’s directorship was also canceled as only 15 days were left to complete the extension year. Therefore, the posts of 7 out of 18 directors elected from six departments including Mumbai APMC were cancelled. Which includes four unexpired directors along with five market unit directors, one head director, one farmer representative in APMC. 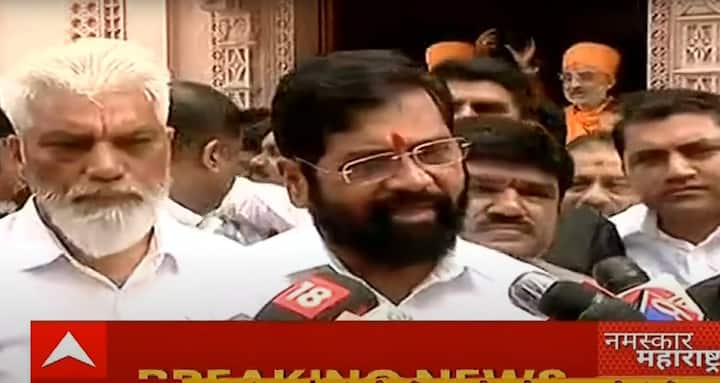