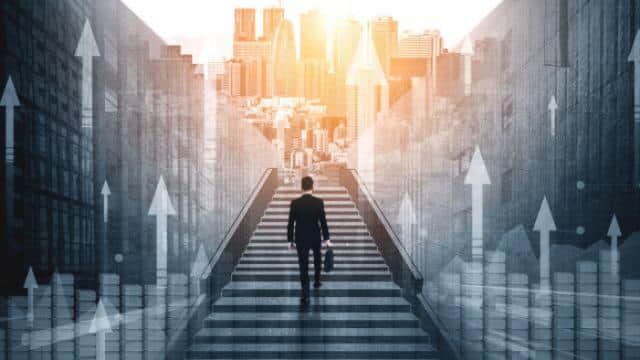 Success Mantra: You have heard this saying many times, ‘Mind’s losers are losers and minds win’. This saying is equally true in real life. Many times, before reaching the destination, people get scared by the hiccups coming in the way, due to which their goal is far away from them. But on the contrary, people who are constantly striving to achieve their goal, fall and stand again and again, the confidence of getting the floor with their confidence also increases manifold. Therefore, it is said that no one can decide your victory or defeat. It depends on you yourself. The same thing is also told in this story.

There lived a boy named Rahul in a city who had given up in life. Whatever he used to do in life, he would have seen his defeat before. Teachers and other students in the school also used to make fun of him. He often wept in the dark room.

One day a blind man listening to his sobs came to him and asked, ‘Why are you crying’. Rahul told the man the whole thing. Hearing this, the man laughed out loud and said, You know, ‘When I was born and people saw that this child had no eyes, he advised my parents to kill me’. But my parents did not listen to those advice.

He sent me to a special school and taught me.

When I went to take admission in the college, the college administration refused to admit me. Then I filled the form of a foreign university and took a degree of graduation and post-graduation at MIT scholarship. But when I came back, then I realized that due to blindness, I do not want to give any job. Then I started my company. Not because I had a lot of money or I had a unique idea. I started the company because I had no other choice. But today I am happy that through my company today I have been able to give jobs to 5000 people like me.

After listening to the man’s talk, Rahul asked, what is my deal with your story? The man said, Just as people laugh at you today, in the same way, people have condemned me for life, they also mocked me. But I never considered myself weak. When the world used to look at me with low eyes and say that you cannot do anything in life. Then I put my eyes in his eyes and said that I can do anything. Just like I did so much, you can also do so much. So don’t give up. Don’t care what the world says.

Learn from this story
How the world sees you is not important, but how you see yourself is the most important.

In life, victory and defeat depends on your thinking, believe it is defeat and be determined is victory.
-No difficulty can make your goal vulnerable as long as you have confidence in yourself.

Success Mantra: Success is not only achieved by dreaming, it is also important to have strong intentions

Success Mantra: How to concentrate your mind to achieve success

Success Mantra: These 4 things are very important for a successful life, always remember

Success Mantra: Success will be found at every difficult turn, just follow these 5 success mantras

Success Mantra: Weakness in making decisions of life, these tips will give success

Success Mantra: Failure will not touch even if you will remember these important things in life