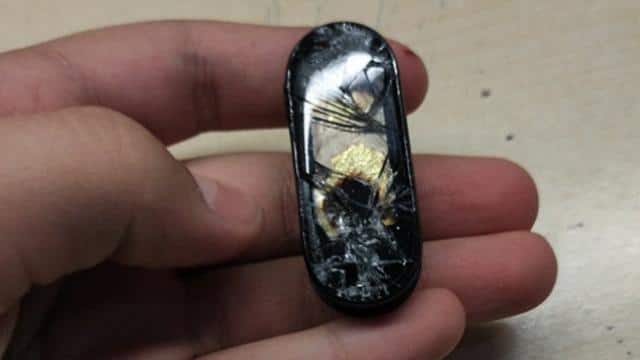 Xiaomi has become a well-known company in the tech world of India in just a few years. Xiaomi Jahan has become the most preferred company in the budget smartphone segment. At the same time, Xiaomi is gradually acquiring Xiaomi in the market. But amidst all this, a news has shaken Xiaomi’s fans. Actually on Reddit, a user has shared a post, he has said in it that after applying Mi Band 5 charging on charging, that fitness band caught fire.

There are reports of a fire or explosion in smartphones, but now perhaps this is the first case of fire in Mi Band 5.

read this also:- These plans of Airtel will get 1.5GB data and unlimited calls daily, price starts from Rs 199

Let us tell you that Xiaomi launched its latest fitness band Mi Band 5 only last year. Mi Band 5 looks badly burnt and broken in those photos shared by fitness band user Michelle Costa on Reddit. The user says that he was charging the band by placing it on the table that a sudden explosion occurred in Mi Band 5 and caught fire. The user immediately dropped the device on the ground and extinguished the fire by hitting it.

read this also:- .. so whatsapp will not work now, people ‘running’ behind Signal

The real reason for why this fitness band started today is not revealed at the moment, but such an explosion may be due to a flaw in the hardware. The user claims that he was charging the device using his original charging cable. This band of Xiaomi is charged with the help of Mi 5V / 1A charger.

The user claims that he has informed Xiaomi about the Mi Band 5 explosion. Also sent it back to Amazon because they bought this band from Amazon.

After meeting with Chief Ministers, PM Modi-Corona worked in solidarity in crisis, rumors not spread on vaccine

Kejriwal government rebukes HC for Corona – you were woken up from sleep, why did it take 18 days to reduce the number of guests in the wedding?

Tata Safari production begins, first SUV out of the plant! Know what will be special and when it will be launched with pictures

Bihar: Department alert on second wave of Corona, order to extend test in every district