Lucknow Police has arrested the woman who accused Gayatri Prasad Prajapati, who was the Mining Minister in the Samajwadi Party government, of rape. The arrest was made from Lucknow’s Gomti Nagar extension area.

The court had issued an arrest warrant against the woman in the case of land fraud and extortion demand. On this, on Saturday, Gomtinagar Extension Police took action and arrested the woman from her residence in Ashiyana.

In fact, in September 2020, Brijmohan Choubey, the former director of Gayatri Prajapati’s company, filed an FIR against Gayatri Prajapati, Anil Prajapati and the woman at the Gomtinagar Extension Police Station on charges of cheating, forgery, threatening to kill and siphoning off money. Was done

It is alleged that to change the statement in the rape case, Gayatri Prajapati had also got the land of Brijmohan Choubey written in the name of the woman. It is alleged that after changing her statement, the woman had demanded Rs 2 crore from Brijmohan Choubey. The police has filed a charge sheet in this case. It is being told that repeatedly notices were issued by the court to give testimony, but when the woman did not reach, a warrant was issued against her.

Gayatri Prajapati was accused of rape

On 26 October 2016, the same woman, a resident of Chitrakoot, had lodged an FIR at the Gomti Nagar police station. The woman had filed a rape case against Bablu Singh, Ashish Shukla and another person. In the same case, he had also accused Gayatri Prajapati, who was the mining minister in the SP government. He had accused Gayatri Prajapati of raping her as well as her daughter. 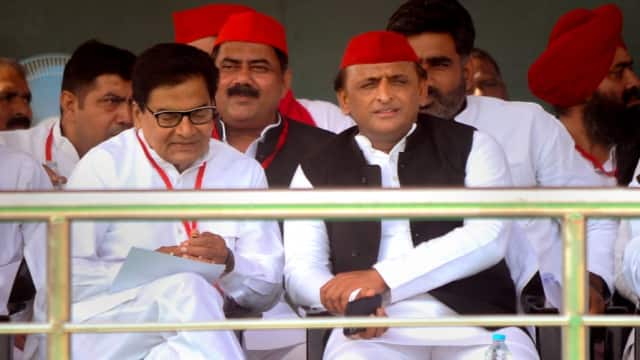