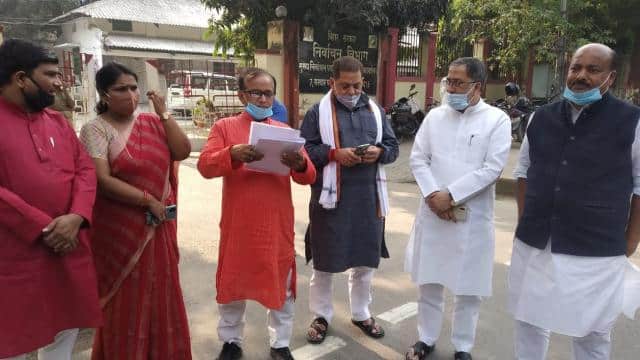 Voting is going on in 94 seats in 17 districts on Tuesday for the second phase in Bihar. Meanwhile, JDU leader and Bihar government minister Neeraj Kumar, leader of opposition reached the Election Commission against Tejashwi Yadav, where he alleged that the information given by Tejashwi in his election affidavit about the property is wrong and should be investigated.

After lodging the complaint, JDU leader Neeraj Kumar said that the Election Commission has assured us that information in this regard will be kept before the Central Election Commission, after which legal action will also be taken.

Let us tell you that on Monday, NDA leaders have taken a dig at Tejashwi Yadav on the promise of giving 10 lakh jobs by RJD. Said that those who do not know about the budget, who have not even read the state budget, that ninth failed man has made a hollow promise of employment without thinking anything. The government does not provide jobs to all. The government works in such a way that people get employment. Such policies create investment that can increase.

The race to the economy, the Modi government and the common man happy figures gave auspicious signs