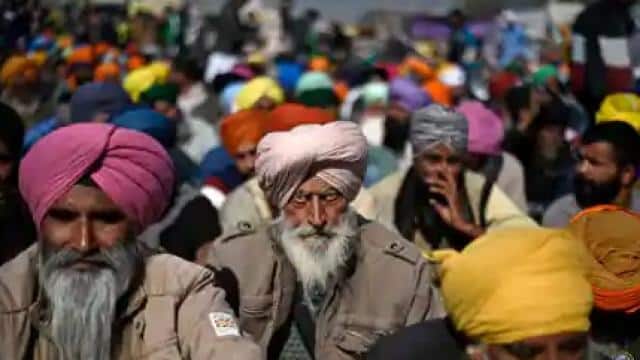 About three new agricultural laws brought by the central government Peasant movementAre engaged. In the state too, it is about a month since the farmers have been agitating on the Shahjahanpur border. At the same time, now farmers and villagers have become face to face.

On Sunday evening, a clash took place between farmers and villagers of nearby villages agitating on the Shahjahanpur border for 29 days. After this the villagers also set up tents on the other side of the road and sat there. The villagers have to say that, ever since the farmers are sitting on the movement, our employment has come to a standstill. Farmers visit our fields for defecation in the morning and do the mess. Villagers say that due to road jamming of farmers, heavy and passenger vehicles passing through the highway are now coming out of the village roads, due to which roads have broken in the village. At the same time, the protesting villagers announced to open a front against the farmers if the highway was not opened.

When the farmers organizations said about this, the BJP is provoking them under the guise of the villagers, they are BJP supporters. The farmers said that, we wanted to go to Delhi, whereas if there is talk of jamming the highway, then Haryana has done that. If the villagers are really upset then they should request the Haryana government. On the information about the confrontation of the agitating farmers and villagers, the Haryana Police deployed more than 1400 armed personnel including military and para military. At the same time, more than half a dozen officers of SI rank including 5 police stations of Rajasthan Police were stationed here.

IND vs AUS: Indian viewers claim, no abuse of any kind given to Mohammad Siraj