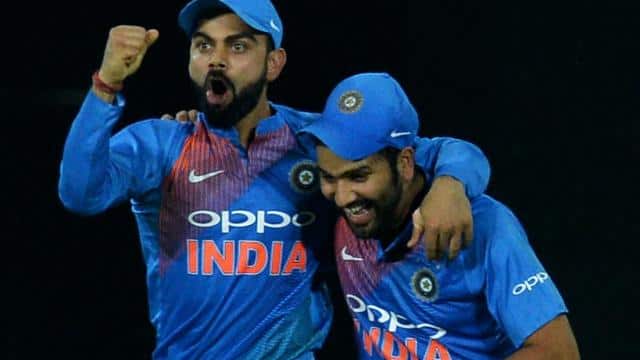 Rohit Sharma and Virat Kohli, who made Mumbai Indians champions for the fifth time in IPL 2020, have waged a battle of better captains among the cricket players. India’s former opener Gautam Gambhir had said that Rohit Sharma should be named as India’s T20 captain, while Akash Chopra favored Virat Kohli’s record of T20 captaincy in international cricket. Meanwhile, Virat’s childhood coach Rajkumar Sharma has reacted to the ongoing captaincy battle over the names of Kohli and Rohit.

Who is better T20 captain in Virat or Rohit? Serious skirmishes

While talking to ANI, Rajkumar Sharma spoke of retaining Virat Kohli as the T20 captain of Team India. He said, ‘I don’t understand why so many questions are being asked about captaincy, if who has doubts about this, then he can check Virat’s record, no need to look at IPL records There is a need to see what Virat has done for the country and how he leads the team. After looking at the records, he himself would say that Team India should lead Virat only.

IND vs AUS: How much will Kohli’s difference make on the Indian team, know Virat’s coach Rajkumar Sharma’s answer

Actually, Gautam Gambhir and former England captain Michael Vaughan supported Rohit Sharma to be the T20 captain. Rohit has captained the Mumbai Indians and made the team champion five times in the last 8 years, while Virat Kohli has not been able to name this trophy even once in so many years. However, Virat Kohli’s record as Team India captain has been unmatched, which was praised by Akash Chopra.

Protesting farmers on Singhu border do not want Corona investigation, said – more threat from virus due to agricultural laws