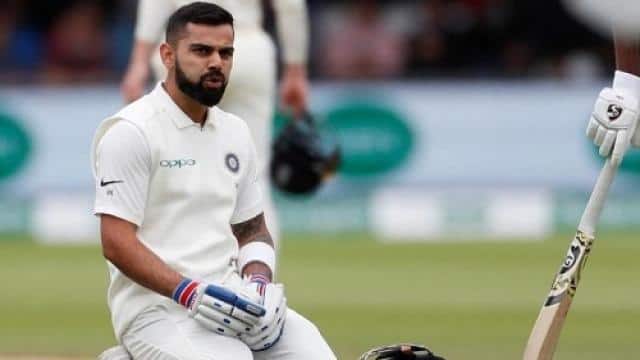 The International Cricket Council (ICC) recently made some changes to the point system of the point table of the World Test Championship, after which teams are now ranked not by points but by the percentage of points. After this change, Team India slipped to the second position in the point table, while Australia reached the top. Team India captain Virat Kohli looked somewhat upset about this change.

Know what Virat had told the selectors about Paternity Leave

He termed the ICC decision as confusing and said that due to this change it has to be understood a lot. Australia (296 points in three series) reached the top after overtaking India (360 points in four series) after the amendment. Australia has 82.22 percent while India has 75 percent points. Virat Kohli said that this decision is surprising and it is difficult to understand. He said, ‘Surely it is surprising, because we were told that the top two teams in the World Test Championship will qualify based on points and now suddenly it is based on percentage, it is confusing and it It is difficult to understand why this is so. ‘

INDvAUS: We all thought Rohit would be with us on the flight of AUS: Virat

He said, “If we were told about these things from day one, then it would have been easy to understand the reason why such a change happened.” Virat said, “But it has been done all of a sudden and I think the ICC needs to ask questions to understand why it was done and what is the reason behind it?”

If Congress wants a stable government in Maharashtra, please stop commenting on our leadership.

BSNL gift on new year, get sim card for free till jan 31

A thief found a way to penetrate the corona virus in the body, claims in research – treatment challenge increased