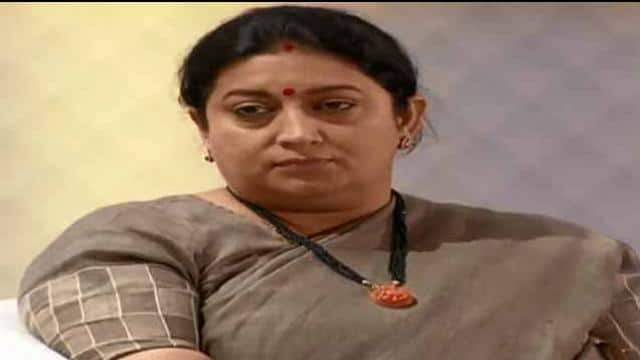 Union Minister Smriti Irani has been found to be Corona positive. He gave this information via tweet on Thursday. Along with this, he has asked the people in his contact to get an inquiry soon.

Smriti tweeted, saying – Choosing words to announce this is bad for me. So, keeping it simple, I say that my Kovid-19 test has been found positive and would like to request those who have come in contact with me to get their investigation done as soon as possible.

Smriti Irani is the star campaigner of the Bharatiya Janata Party in the Bihar Assembly elections and during the election campaign she has been strongly targeting the opposition. Earlier, another BJP campaign star and senior party leader Shahnawaz Hussain were found to be Corona positive while campaigning. He was then admitted to the Trauma Center in AIIMS. Shahnawaz Hussain himself reported that the corona was infected.

It is rare for me to search for words while making an announcement; hence here’s me keeping it simple – I’ve tested positive for #COVID and would request those who came in contact with me to get themselves tested at the earliest 🙏