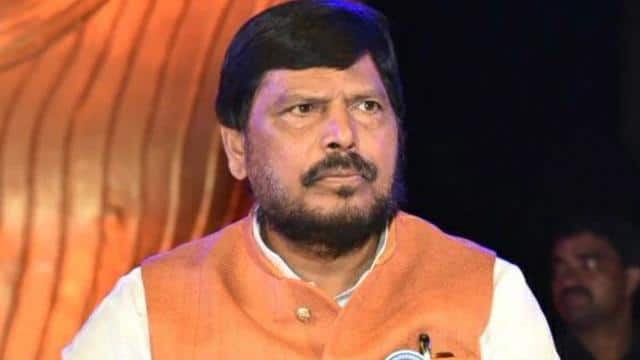 Union minister and RPI (A) leader Ramdas Athawale on Sunday said that the Maharashtra government may fall if Aurangabad is renamed. Along with this, he told the ruling coalition that he should not get involved in any dispute on this issue. Addressing a press conference, Athawale expressed confidence that the BJP-RPI government would soon be in power in the state and that the alliance would also win the Brihanmumbai Metropolitan Municipality (BMC) elections in 2022.

The Union Minister of State for Social Justice ‘predicted that the Mayor of Mumbai would be from the BJP and the Deputy Mayor would be from his party RPI (A). Athawale also supported the new agricultural laws of the Center and said that they would be beneficial for the farmers and the protesters would not succeed in repealing them.

With the Shiv Sena’s demand to change the name of Aurangabad to Sambhajinagar, historians say that the city has been known by many other names in the past as differences of opinion arose between the one-year-old Maha Vikas Aghadi government in Maharashtra.

Explain that in 1995, Shiv Sena first demanded that Aurangabad be renamed Sambhajinagar. The Congress also reiterated its protest on Saturday renaming Aurangabad. Its ally Shiv Sena said the name change would happen soon, but the issue would have no impact on the coalition government in Maharashtra.

What will happen if your base is caught by a fraudster?

New Fortuner will come in 10 variants and 9 colors, engine will be stronger than before