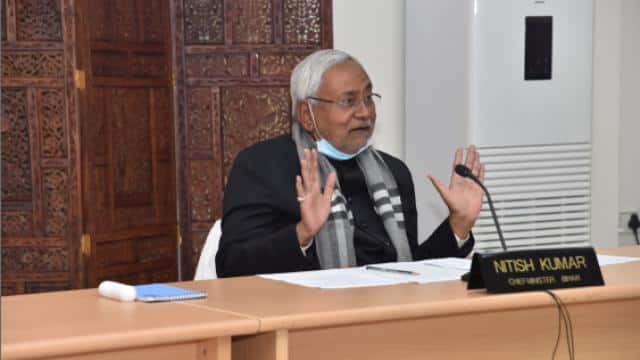 Country mango Budget It was also special for Bihar in some sense. No separate plan or benefit for the state was mentioned in the budget, but the two big old demands of Bihar have been accepted by the Central Government in the General Budget for the financial year 2021-22 presented in Parliament on Monday.

States will be able to take more loans than before
The state will now be able to borrow more than before to speed up its development plans. The Center raised the debt limit by one percent. For this, the policy of Fiscal Responsibility and Budget Management (FRBM) has been changed. The state government has been demanding this for a long time. Now other states of the country will also get the benefit of this demand of Bihar.

Now centrally sponsored schemes will be less in states
Along with this, Finance Minister Nirmala Sitharaman has talked about reducing centrally sponsored schemes in the general budget. Other states including Bihar will benefit from this. Significantly, the Chief Minister Nitish Kumar Many forums have been talked about running the schemes according to their needs and not putting centrally sponsored schemes on the states. In order to maintain the financial management of the states, the central government has fixed their borrowing limit. Any state can borrow only up to three percent of its gross domestic product (SGDP). In odd circumstances it can be up to three and a half percent. Bihar has been offering examples of better financial management in this case. But due to increasing extra burden on the treasury during the Corona period, financial management of Bihar and other states was disturbed.

Loan limit increased from three to four percent
In such a situation, the state government had demanded the Center to increase the borrowing limit. Chief Minister Nitish Kumar himself requested the Center to increase it. The Central Government, by completing this, has raised the borrowing limit from three to four percent. While in odd circumstances its limit will be up to four and a half percent. Now if we look at it from the perspective of the amount, then in the year 2019-20, the state gross domestic product was 6 lakh 11 thousand 804 crore. So far, Bihar’s loan limit is 21413 crore. Under the new provision, the state will now be able to borrow up to 27531 crore.

Chief minister will get speed for Part-2
With the increase of the debt limit, Bihar will now be able to take more than six thousand crore loans, it will give new pace to development. The Chief Minister’s seven-year plan, Part-2, which was started to implement self-sufficient Bihar in particular, will get wings. With this amount, the schemes of road, electricity, health, education, health as well as development of entrepreneurship and training of youth will be implemented in the state.

Buy great cars like Maruti’s Swift and WagonR at a low price from new Alto, know how?

One day after the wedding, these photos of Dhanashree Verma-Yuzvendra Chahal’s photoshoot will win your heart

AUSvIND: The game will start ahead of time on the second day of the Sydney Test, know what is the reason

Uttar Pradesh is the highest, Bihar is less than Tamil Nadu, know which state will get how much corona vaccine

IND vs AUS: Australia can take off against India in Adelaide with this playing XI

Mamta Banerjee accuses BJP of ruining the country, says – We will not allow Bengal to become Gujarat