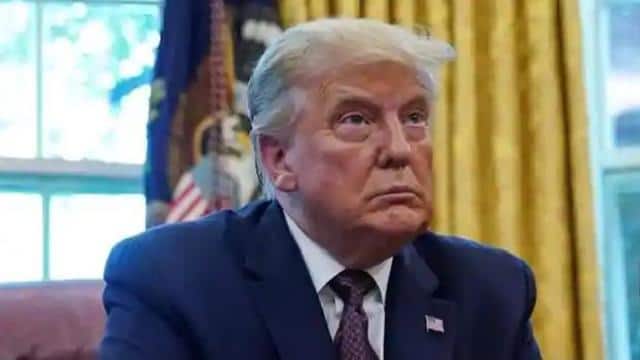 Social media giants such as Twitter, Facebook had announced the closure of US President Donald Trump for a few hours after the horrific violence in the US Capitol. However, on Friday Facebook announced Trump’s account to be closed indefinitely, and now on Saturday, microblogic site Twitter has closed Trump’s account forever.

Twitter Safety has tweeted a blog in this regard, according to which Donald Trump’s Twitter account ‘@realDonaldTrump’ is being closed forever due to the risk of inciting any kind of violence in the future. Twitter had closed Trump’s account for 12 hours on the day of the US Capitol violence, and also said that Trump’s account would be closed forever if Trump did not stop tweeting.

After close review of recent Tweets from the @realDonaldTrump account and the context around them we have permanently suspended the account due to the risk of further incitement of violence.https://t.co/CBpE1I6j8Y

Please tell that more than 300 employees of Twitter had signed a petition inside the institute, which demanded a ban on Trump. Employees said they were shocked by the violence in the US Capitol and should learn lessons from mistakes to avoid any future losses.

Earlier, Facebook CEO Mark Zuckerberg also announced on Thursday that Donald Trump’s account had been closed indefinitely. Zuckerberg said in a statement, ‘His decision to use his platform instead of condemning the work of his supporters in the US Parliament House has upset people in America and around the world. We removed his statements because we felt that this was going to give further impetus to the violence.

Explain that Trump’s supporters stormed the Capitol Building (US Parliament House) to thwart the peaceful transfer of power, during which unprecedented violence and chaos erupted. A total of 5 people died in this violence.

PHOTOS: Bridge for metro being built amidst the flowing waters of Sabarmati, for the first time using Cofferdem technology

How an 18-year-old boy saved 75 lives in Maharashtra, read his encouraging story