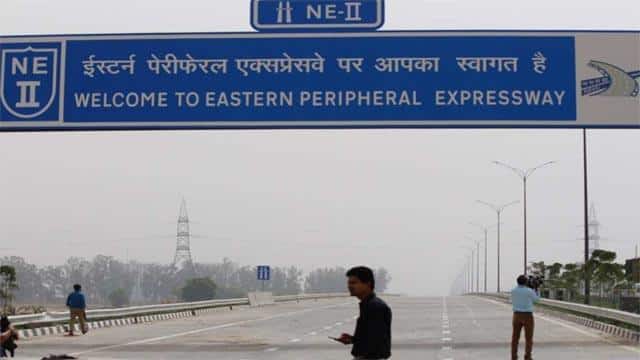 The farmers, who are protesting at the UP Gate in Ghaziabad to protest against the new agricultural laws, will do a “dress rehearsal” of their “Delhi Chalo” on the 135 km-long Eastern Peripheral Expressway on Thursday morning. This rehearsal is likely to have an impact on people passing through two national highways, including NH-9. However, National Highway Authority of India (NHAI) officials said tractors are not allowed on the Eastern Peripheral Expressway.

The agitating farmers have been camping at the UP gate since 28 November and have also closed the Ghaziabad-Delhi carriageway of NH-9 from 3 December. These farmers are demanding the repeal of the three new agricultural laws and a new law on minimum support price (MSP) like other protesters at various borders of Delhi.

Their talks with the government have reached the final stages, but no decision has been taken on repealing the laws, while the government has clarified that they are ready to discuss the amendments. The next round of talks is to be held on 8 January.

read this also : Farmer movement got support in America too, this appeal to PM Modi

Bharat Kisan Union (BKU) state president Rajbir Singh said, “On January 26, as a dress rehearsal of our ‘Delhi Chalo’, our farmers will march a tractor on the Eastern Peripheral Expressway and enter the expressway from Dasna Interchange will do. Others from Baghpat will also join Dasna. Tractors will be parked properly and trolleys will not be part of the march. After that the tractor will go to Palwal via Eastern Peripheral Expressway and come back to Dasna. ”

He said, “Every tractor will have national flag and BKU flag. It is estimated that about 500-600 tractors will participate in this rehearsal. Our leaders have already said that if our demands are not met, we will go to Delhi on 26 January. So, in a way we are rehearsing on Thursday. “

Hundreds of tractors will travel about 19 km from UP Gate to Dasna via NH-9’s Delhi-Ghaziabad carriageway.

NHAI officials said that tractor traffic of farmers will be affected on both major highways from March. He said that about 50,000 passenger cars pass through the Eastern Peripheral Expressway every day while about 80000 vehicles pass through the UP Gate route.

NHAI’s Project Director Mudit Garg said, “Tractors are not allowed in the Eastern Peripheral Expressway and traffic will be disrupted if farmers take out the march. We will talk to senior officials of the district about this. Already, farmers have made two major toll free in Palwal and Sonipat and this is also affecting revenue. It is estimated that we get around 90 lakh rupees per day from the toll, but since 25 December we are getting only about 25 lakh rupees per day. ”

Ghaziabad District Magistrate Ajay Shankar Pandey said that he has spoken to the farmers and asked them to follow the rules and regulations. Also, our committee of officials is already in touch with farmer leaders. We will also say that the police will have to deploy more to ensure that passengers do not face problems.

Global terrorist Masood Azhar continues to be tightened, court order – to be arrested by January 18

Tejpratap claims, BJP and JDU are fighting in Bihar, Tejashwi will be the next CM