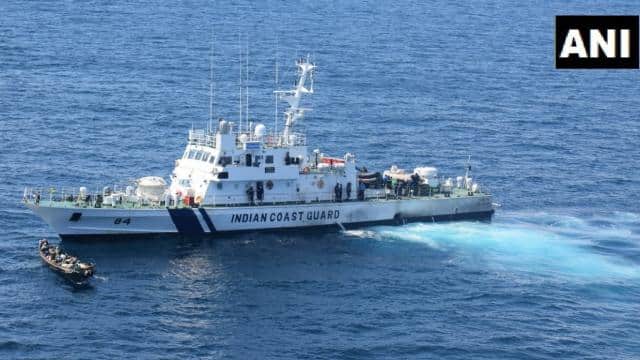 The Indian Coast Guard has caught a suspicious boat near Andaman and Nicobar Islands on Saturday. The boat had 12 crew members from Myanmar. All these are being brought for questioning.

According to news agency ANI, the boat caught near Andaman and Nicobar Islands was first spotted by a helicopter. Subsequently, he was sent to the Indian Coast Guard, who interrogated the people aboard the suspected boat. Now all the people aboard the suspected boat are being brought to Port Blair for the rest of the questioning. The crew member will be questioned in Port Blair.

Indian Coast Guard has apprehended a suspicious boat near Andaman and Nicobar Islands territory with 12 Myanmarese crew. The boat was seen first by a helicopter and is now being brought to Port Blair for crew interrogation pic.twitter.com/7P8axzTQKu