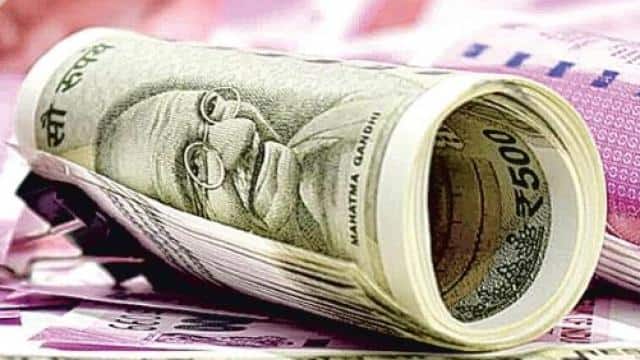 The problems of the Modi government and the common man are now coming down. After the lockdown, now with the return of the economy slowly, revenue collection has started increasing. The GST collection in October this year reached Rs 1.05 lakh crore, which is 10 per cent more than the revenue collected in the same month of the previous year. At the same time, increasing sales of vehicles, it is clear that people are recovering from the financial crisis. A double digit increase in electricity consumption has been registered in October. This is a sign of increasing demand for commerce and industry in the country. In September, the manufacturing and services PMI improved to 56.8 and 49.8 respectively.

The Finance Ministry stated that the total number of GSTR-3B returns filed till October 31, 2020 has reached 80 lakhs. The statement issued said that the total GST collection in October 2020 stood at Rs 1,05,155 crore. This includes CGST’s share of Rs 19,193 crore, SGST’s Rs 5,411 crore, IGST’s Rs 52,540 crore (this includes a collection of Rs 23,375 crore on import of goods) and a cess of Rs 8,011 crore (Rs 932 crore on imported goods). . The GST collection stood at Rs 95,379 crore in October 2019. Due to the lockdown imposed to prevent the spread of the Kovid-19 pandemic, the GST collection data remained below the level of Rs 1 lakh crore for several consecutive months.

Vehicle sales have regained momentum in the festive season, recovering from the Corona crisis. Sales of companies such as Maruti Suzuki India (MSI), Hyundai and Tata Motors have been better in Navratri this year compared to the same period last year. These companies say that during Navratri this year, their sales have increased due to the suppressed demand of the last few months.

Petrol and diesel demand in the country has reached pre-Kovid levels and sales of these products grew by 6.6 percent in October. According to industry preliminary data, this is the first annual increase in diesel sales since the lockdown was imposed in late March to prevent the Kovid-19 pandemic. Similarly, petrol demand was higher than diesel due to preference of private vehicles over public transport, but October sales figures were unexpectedly better than expected. According to industry data, the demand for diesel came back to normal after the start of the festive season. According to the data, diesel sales rose to 61.7 lakh tonnes in October from 57.9 lakh tonnes in October.

Industry chamber FICCI has stated that India’s strategy of dealing with Kovid-19 has proved to be right and the economy will soon return to track and emerge stronger. FICCI President Sangeeta Reddy said that the time has come to take sterner steps and push forward the growth agenda. Reddy said, “There has been confusion among governments around the world to strike a balance between conservation of life and livelihood.” India imposed a strict lockdown and focused on saving human lives while advancing health infrastructure. This strategy has yielded true results. He said that attention was given to better treatment, creation of medical infrastructure, increase in supply of PPE. This allowed us to control the mortality rate.

AUS vs IND 3rd Test: Steve Smith told which strategy he got to bat against R Ashwin in Sydney

Sachin Tendulkar gave a befitting reply without taking his name after Rihanna, Greta’s tweet in the farmers movement case

Sales of medicines from PMBJK increased by 60 percent, know how to open Jan Aushadhi Kendra