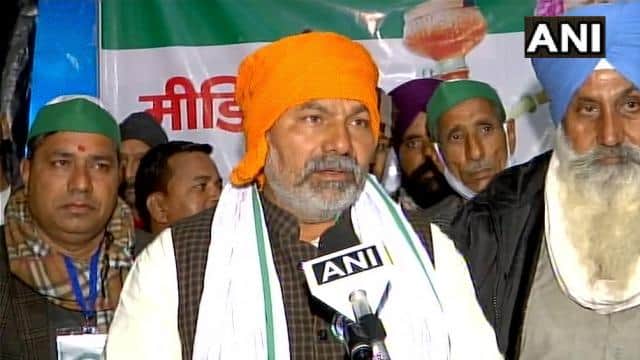 After the tractor rally, Bhartiya Kisan Union spokesperson Rakesh Tikait said that today’s rally was very good. Today our farmers have taken training by taking out tractor rally so that parade of tractor rally can be taken out on 26th January. On January 26, tractors and tanks will run simultaneously. The tractor will run in 2 lines and the tank will run in a line. A large number of people will also come to Delhi that day to participate in the parade.

read this also : The Supreme Court asked the Center – are farmers safe from Kovid-19? Things should not change like tabligi Jamaat

Tikait said that we want to warn the government that if the government does not agree to our demands then the performance of the farmers will be further enhanced. Farmers’ organizations demonstrating through the tractor rally said that it is like a rehearsal before the proposed parade of tractors coming from different parts of Haryana, Punjab and Uttar Pradesh to the national capital on 26 January.

The seventh round of meeting between the farmers’ organizations and the three union ministers on Monday was inconclusive as the farmers are firm on their demand to repeal the three laws. Now the next round of talks will be held on 08 January.

Significantly, farmers are adamant on announcing the fight with the government on this issue after the new agricultural laws are repealed. For this, the farmers’ movement on the borders of Delhi continues even today for the 43rd day. While the central government is presenting these laws as a major reform in the agricultural sector, the farmers who are demonstrating have expressed fears that the new laws will end the MSP (minimum support price) and mandi system and they depend on the big corporate Will be done.

Explain that the farmers recently enacted three new agricultural laws – The Producers Trade and Commerce (Promotion and Facilitation) Act, 2020, The Farmers (Empowerment and Protection) Agreement on Price Assurance and Farm Services Act, 2020 and The Essential Commodities (Amendment) ) Are opposing the Act, 2020.

Cultural glimpse of states will be seen in Parliament, colors will be scattered from Kashmir to Kanyakumari