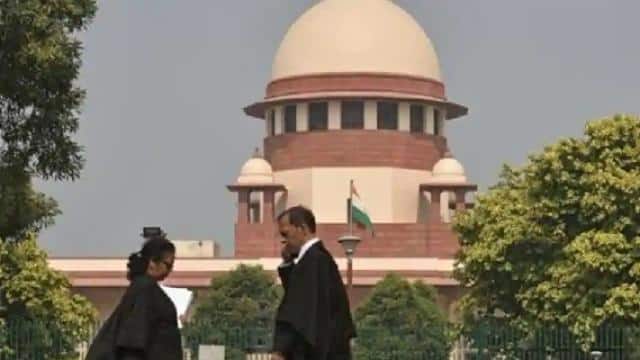 The Supreme Court on Friday asked the central government to ensure that there is no smog in Delhi-NCR. On behalf of the central government, it told the court that the commission for air quality management will start working from today. Chief Justices SA Bobde and Justices AS Bopanna and V Ramasubramanian have scheduled hearings after the Diwali holidays to petitions related to air pollution.

Mehta informed the court on October 29 that the government has brought an ordinance to curb pollution and it has been implemented. However, the bench had told Mehta that she would like to see the ordinance before giving any direction in the case of air pollution caused by burning of straw in neighboring states of Delhi.

Earlier, the Court on 26 October appointed a member committee headed by former Supreme Court Judge Madan B. Lokur to oversee the steps taken by neighboring states to prevent burning of stubble, a major factor in air pollution in Delhi-NCR. The order of 16 October was suspended on Monday.

In this case, senior advocate Vikas Singh, on behalf of the petitioner, said that the air quality is getting worse and in such a situation the order to appoint Justice (Retd) Lokur Committee should be allowed to be implemented.

RJD released the list of 119 seats, said – Our candidates have won here but are not getting the certificate