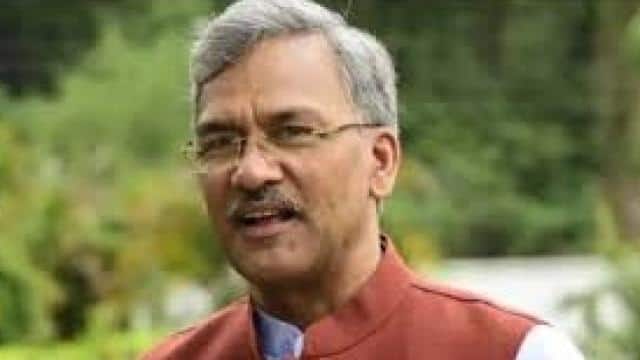 Know that The High Court on Tuesday ordered an inquiry into the allegations of alleged corruption leveled by a journalist on Chief Minister Trivendra Rawat. The journalist has alleged that in 2016, when Rawat was in charge of the Jharkhand BJP, he transferred funds to his relatives’ account to appoint a person as the chairman of the Goseva Commission.

Also read: Political furore in the state on CBI investigation against CM Trivendra

Congress seeks Chief Minister Rawat’s resignation
The Congress on Wednesday sought Rawat’s resignation on moral grounds. State Congress President Pritam Singh said, a chief minister who does not get tired of telling his government’s policy of ‘zero tolerance’ against corruption, he (court’s) order (CBI inquiry) is now even a minute There is no moral right to hold office.

The Congress leader said that the party has sought time to meet Governor Baby Rani Maurya, so that he can place this issue in front of her and request her to intervene in the matter.

This is a court issue. It will be judicially acted upon. Whatever things are, they will be clear through the court. The government has filed a special leave petition in the Supreme Court.
Trivendra Rawat, Chief Minister

Supreme Court stays Uttarakhand High Court’s order directing Central Bureau of Investigation to investigate an FIR registered on the basis of the claims leveled against the Chief Minister.

The Court issues notice to CBI, and two journalists returnable within four weeks.

Salute: Policeman running for more than 1 KM to give way to ambulance, watch viral video

Donald Trump was thinking of attacking Iran in the past, ministers and officials said – please stop now