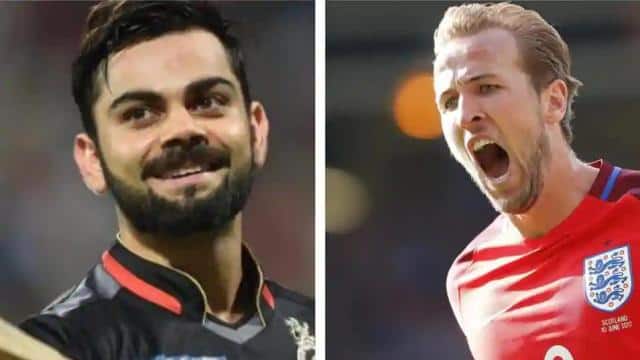 England’s star footballer Harry Kane is known as the most brilliant player of his game. Kane is counted as the best striker in the Premier League. He has scored 7 goals in 9 Premier League matches for his club Tottenham so far this season and his side are currently at the top of the Premier League points table. Harry Kane is often seen trying his hand at football as well as cricket. This time Kane has posted a video of his batting on his social media, asking Royal Challengers Bangalore (RCB, RCB) and Kohli about his place in the team for the next IPL.

Harry Kane posted a video on his Twitter, in which he is seen batting and also making quite good shots. Ken shared the video, writing, ‘I believe I have the ability to play a great T20 innings. Is there a place for RCB and Virat Kohli for the next IPL? ‘ Responding to his tweet, the RCB team wrote, ‘Will Harry Kane jersey number 10 be correct? Let us know that Virat Kohli and Harry Kane are good friends and before the World Cup played in England last year, Kane met Kohli and also wished him for the tournament.

RCB’s team managed to make their place in the playoffs in the IPL this season, but the team had to face defeat against Sunrisers Hyderabad in the Eliminator match. Virat Kohli-led Bangalore team has not been able to name the IPL title even once.

There was a lot of discussion on the farmers movement in the House, PM Modi said – MSP is, was and will remain

Health officials engaged in Kovid-19 vaccination arrangements, know where vaccine can be kept