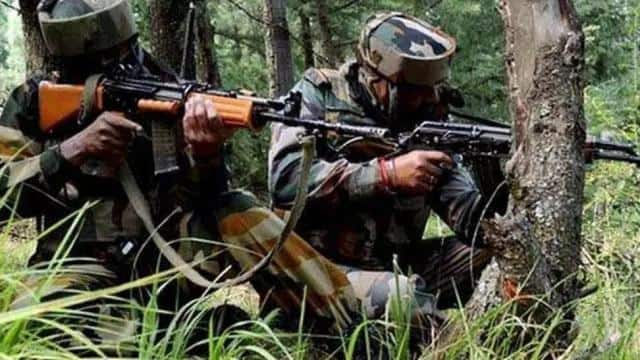 The army on Monday denied that its captain, who was facing disciplinary proceedings in an alleged fake encounter in Amshipura, killed the terrorists for a reward of Rs 20 lakh. The Army has in some way countered the charge sheet filed by the Jammu and Kashmir Police in the case. In Srinagar, Defense Spokesperson Colonel Rajesh Kalia issued a brief statement saying that there is no provision of cash reward for the military personnel for any action during war or duty.

It said, there are reports in the media that terrorists were killed in Amshipura encounter for the award of 20 lakh rupees. It is clarified that there is no system of cash reward for its personnel in the Indian Army for any action during war or duty.

The statement said that the news is not based on the facts of Indian Army procedures. The three youths were killed in an alleged fake encounter in July last year as terrorists. The Special Investigation Team formed by the Jammu and Kashmir Police to investigate the incident said in its charge sheet that through a fake encounter, accused Captain Bhupinder Singh and two other citizens, Tabash Nazir and Bilal Ahmed Lone, deliberately destroyed the evidence of the actual crime .

Apart from this, intentionally spreading false information under criminal conspiracy to grab prize money of Rs 20 lakh. The Army had ordered the Court of Inquiry in the case. The police filed a charge sheet on 26 December 2020 before the Chief Judicial Magistrate of Shopian.

IND vs AUS: when, where and how to watch LIVE streaming and live telecast of first test

US Election LIVE: Will Trump be able to return or Biden deserves White House? Know every update related to the results