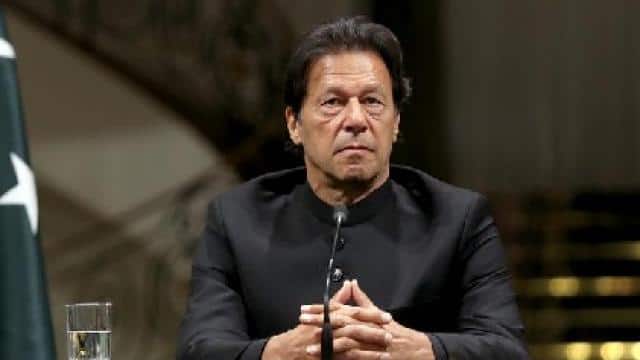 The growing proximity of India and American has never been acceptable to Pakistan. Stung by the recent visit of US Secretary of State Mike Pompeo to India, Pakistani Prime Minister Imran Khan has in a way warned the US that Jammu and Kashmir has become a hotspot and can erupt anytime. Therefore, America should behave fairly on the Kashmir issue. Pakistan’s Geo TV has informed about this. In fact, US Secretary of State Pompeo accompanied Defense Minister Mark T. Espar to India on Monday for the third round of 2 + 2 talks with India, during which many important agreements were also signed.

Expressing concern over the steps taken by India in the Union Territory of Jammu and Kashmir, Pakistan Prime Minister Imran Khan has warned that the region is a hotspot that could erupt at any time. Pakistan urges the United States of ‘equal’ behavior. It is believed that Imran Khan’s statement is in reference to the removal of article 370 from Kashmir and making the state a union territory.

In a conversation with German magazine, Imran Khan said that the United States feels that India can limit China’s influence in the region, but it is a fantasy. Imran said that Islamabad expects equal treatment from the US in relation to India, especially on the Kashmir issue.

The Indo-American friendship made Pakistan such a chilli that it made India a threat to neighboring countries. Imran Khan said in his interview, “India is a threat to our neighboring countries like China, Bangladesh, Sri Lanka, even to us”. Imran accused India of being the most extremist racist government in the subcontinent. It is a fascist state inspired by the Nazis in the 1920s and 30s.

In the context of Kashmir, Imran Khan said that the region is a hotspot, which can erupt at any time. That is why we expect this from America, the strongest country in the world. He said that whoever becomes president in America should be given this issue. Attacking the Bharatiya Janata Party and the RSS, Imran Khan said that you read the writings of the Rashtriya Swayamsevak Sangh (RSS), he openly praised Hitler. The Nazis wanted to get rid of the Jews and the RSS wanted to rid Muslims of India.

Trump, who is on the verge of defeat, can give blow to Biden, this way the entire bet will be overturned