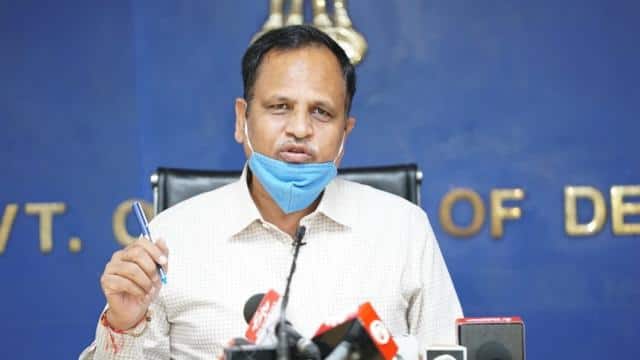 With a view to encourage people to vaccinate Kovid-19, the Delhi government has made a new provision under which health workers will be able to get vaccinated at the registered center before their scheduled time of vaccination. Delhi Health Minister Satyendra Jain said on Thursday that the vaccine should be wasted in minimum quantity, full arrangements are also being made for it.

Talking to reporters, Jain said that we have so far tested one crore samples of Kovid-19, which means that half of the population living in Delhi has been tested. New cases of infection have decreased. Only 228 new cases were reported on Wednesday, while the rate of infection is 0.36 percent, so now we can say that the epidemic is under control.

Asked if the infection would reach zero in Delhi, Jain said that the swine flu has been controlled, but even now its cases are coming, so the epidemic will go away, but it is difficult to say that new cases will not come at all.

On the arrival of small number of health workers for vaccination, Satyendra Jain said that they are being encouraged and now they are coming forward. Jain said that we have made a provision, under which health workers will be given the facility to get vaccinated at the registered center before their scheduled time of vaccination. If one has to get vaccinated even after 15 days, then his name can be taken from the database and the vaccine can be given ahead of time.

More than 4.5 crore Indians forced to flee due to flood, drought and cyclone, research reveals

Lt. Governor of West Bengal attacked Mamta government, said- has distanced himself from the rule of law

When will the struggle on agricultural laws end? Rahul will hit the road today amidst the farmers’ agitation, Congress will march to Rashtrapati Bhavan

iPhone 12, iPhone 12 Pro to be available for sale in India today, read details